Shortly after Algeria's presidential election last April, the Ministry of Communications abruptly ordered correspondents for Dubai-based broadcaster Al Arabiya and its rival, Al Jazeera, to suspend news operations in Algiers indefinitely. No convincing explanations were given, but Algerian officials had complained bitterly about Al Arabiya's election coverage and were apparently angered by an episode of Al Jazeera's controversial talk show al-Ittijah al-Mu'akis (The Opposite Direction).

In the span of 12 weeks, Algeria's government had effectively pulled the plug on the local newsgathering operations of the region's two most influential satellite news stations.

As far-reaching as the influence of satellite news broadcasters has become, the bans show that governments are still quite capable of disrupting newsgathering. The broadcasters' local news bureaus face the same onerous restrictions that vex domestic Arab media: restrictive press laws, arrests and criminal prosecutions of reporters, sudden government-ordered closings of news offices, and interference from state security agents who use behind-the-scenes pressure to quash enterprise reporting.

But the terms of engagement do not favor the state exclusively. Governments are waging local battles against satellite channels that have global reach. A government may shut a news bureau but cannot kill the technology that allows satellite stations to continue reporting and distributing the news. Officials may be offended by coverage but they have to respect the fact that millions of people are watching these stations.

The effect of government pressure is seen more in the quality and depth of reporting. Local news managers and journalists are often forced to make choices between covering contentious issues on the one hand and protecting their staff or preserving access on the other. This helps explain why satellite news tends to rely heavily on spot reporting and entails relatively little documentary work, in-depth profiling, or investigative journalism.

In the last year alone, Algeria, Iraq, Kuwait, and Sudan either arrested correspondents for Al Jazeera and Al Arabiya or banned them from working in reprisal for unwelcome coverage of the government. Authorities in Saudi Arabia, Jordan, and Oman arrested or harassed guests who spoke critically about their governments on pan-Arab television shows. Al Jazeera is not allowed to establish local offices in Saudi Arabia and Tunisia.

Last year in Sudan, for example, a court sentenced Islam Salih, Al Jazeera's Khartoum bureau chief, to a one-month prison term on trumped-up charges of spreading "false news" and obstructing a government employee who had attempted to confiscate equipment from the station's office. Salih's imprisonment was widely understood as retribution for Al Jazeera's coverage of the crisis in Darfur.

Local bureaus for satellite news channels have endured other forms of interference. Prior to Salih's imprisonment, Sudanese authorities regularly bullied Al Jazeera's Khartoum bureau, summoning Salih for questioning on several occasions and complaining to him and his editors in Doha about his coverage. In Jordan, security forces have notoriously hounded Al Jazeera's local staff, detaining or interrogating reporters about coverage on numerous occasions, confiscating expensive news equipment, seizing film, and barring employees from transmitting footage through state-run television facilities.

Most chilling have been physical attacks and threats of violence. Recently, in the West Bank and Gaza Strip, correspondents working for pan-Arab broadcasters have been assaulted, threatened, or had their offices ransacked by militant Palestinian factions when reporting on internal splits within Fatah.

As each of these examples demonstrates, pressures on local news operations can be daunting. Like their colleagues in the domestic press, correspondents for satellite news channels are beholden to "red line" prohibitions such as criticism of heads of state, the security services, or other high level officials.

In Jordan, Al Jazeera's reporters said they often defer to Doha on politically sensitive stories and avoid taboo subjects such as the presence of US troops in the country in the run-up to the Iraq war. In the Occupied Territories, journalists are exercising increased self-censorship in covering internal strife within Fatah. Said Palestinian media analyst Daoud Kuttab, "They are aware that many Fatah militants on either side of a conflict have weapons and have shown little regard for the safety of the general public once it came to their internal issues."

The fear of losing access in fiercely competitive places like Iraq and staff concerns of persecution have affected coverage.

Since the US-led war, both US and Iraqi authorities have used harsh rhetoric and punitive restrictions on Al Jazeera and Al Arabiya in response to what they consider inflammatory and anti-coalition coverage. In 2003-04, the US-appointed Iraqi Governing Council sanctioned Al Jazeera and Al Arabiya on numerous occasions, barring them from covering official press conferences or entering official buildings. In 2003, Al Arabiya was temporarily banned from airing live broadcasts from Iraq in retaliation for its broadcast of a reputed audiotape of then-fugitive Saddam Hussein. US and Iraqi officials have launched withering verbal attacks against both stations. US Defense Secretary Donald Rumsfeld accused Al Jazeera of "consistently lying" and "working in concert with the terrorists," and referred to Al Arabiya as ''violently anti-coalition.''

When US-Iraqi pressures were at their peak last spring, The Guardian of London reported, an Al Jazeera staff memo said news editor Ahmed al-Sheikh was "upset" with the station's reporting and urged reporters to tone down coverage of "extreme violence." Station staff also spoke last spring of management pressure to avoid coverage that might antagonize the United States or Iraqi interim authorities. Critics maintain that Al Jazeera was noticeably restrained in its reporting on the US military's assault on Fallujah in November 2004, especially when compared to how it handled a previous assault on the city in April of that year. Perhaps more telling was the scant mention by Al Jazeera of allegations by members of its Baghdad staff that they were detained and abused by US troops last year.

Still, while self-censorship pressures may be strong, they are not absolute. Satellite stations have proved themselves resilient in reporting under difficult circumstances, even in countries where they are banned.

Despite the existing ban in Iraq, Al Jazeera's Baghdad staffers, relocated to Doha, continue to report on events. A network of stringers and volunteers on the ground help provide information and video footage. From Doha, Al Jazeera has conducted on-air interviews with analysts and politicians on the ground.

It has been able to circumvent bans in other countries as well. Three years ago, Bahrain prohibited Al Jazeera from covering its 2002 local elections, but the station was able to provide limited coverage.

"When the Bahraini opposition decided to boycott the election and they had a conference in Manama to announce it, we got the picture the same day from Bahrain from three sources," then-news editor Ibrahim Hilal remarked at the time. "So we don't have many problems in getting pictures and getting news from Arab countries because viewers in the Arab countries like to get the news to us." Technology such as cell phones, text messaging, video transmission, and the Internet have aided newsgathering.

The stations also use their popularity as a counterweight to government coercion. Governments such as Egypt and Jordan have realized that to enjoy the benefits of Al Jazeera -- positive coverage that reaches a mass audience -- they must also endure the burdens. "In the end Jordan needs Al Jazeera more than Al Jazeera needs Jordan," noted Kuttab, referring to Jordan's closure of Al Jazeera's Amman bureau in 2002 after a talk-show guest poked fun at King Abdullah's Arabic. "Al Jazeera won't lose anything by having their office closed. For them it's another feather in their cap." The bureau reopened several months later.

Hilal's message: Journalists can use the power of the free media to their advantage.

"We tell it to all correspondents," he said. "(Push) the limits of freedom to enlarge and protect (it)."

Joel Campagna is senior program coordinator responsible for the Middle East and North Africa at the Committee to Protect Journalists (CPJ). 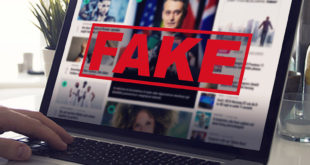