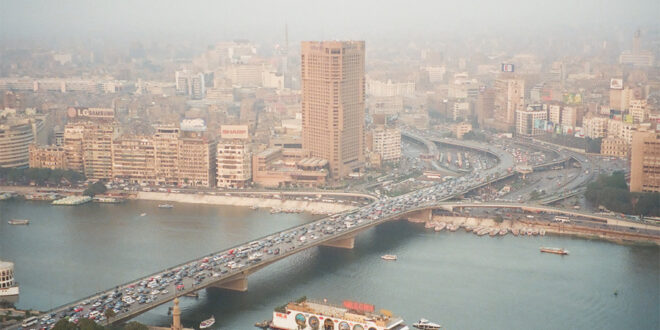 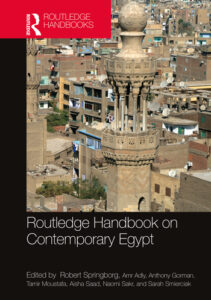 ivided into six main sections, each with a forward written by a sub-editor. Each section has four or five chapters all written by other separate authors for a total of twenty-nine. The overall editor, Dr. Robert Springborg,  is a respected American scholar of the Middle East who has published or co-authored many books on Egypt and the region. For this volume, he has assembled a team of thirty-six other authors, all of whom have excellent credentials, mostly because they are university professors who have specialized in the Middle East. Only seven of them are non-Arabs, which is a good sign that Arab scholars are taking over the field.

The reader who might take the time to go through all 465 pages of this volume (few will do so) will come away with the impression that the authors all know their individual topics extremely well. As someone who has lived in Egypt and followed developments there for decades, I learned many new facts from this book.

It is surprising, however, given the fact that only seven of the thirty-six authors are non-Arabs, that almost none of them cite Arabic language sources. Presumably the book was written for non-Arabic speakers, but the inclusion of books and articles in Arabic would have broadened the audience and made the sources richer.

Springborg says this handbook is intended “to serve the dual purposes of introducing readers to the country’s recent history and contemporary political economy, and serving as a textbook for relevant courses” (Preface).  In fact, it does both. Readers unfamiliar with Egypt could read all the forwards to the five main sections as an introduction to some basic facts about the country, and then delve into some of the chapters they are especially interested in. That would be a brief introduction to Egypt. Or the volume could serve as a textbook for a teacher who assigns to students the forwards and the selective chapters that support themes in the course.  In addition, it would be useful for a student who is assigned to write a term paper on a specific Egyptian topic to use the chapter on that topic as the basis for their research. Each chapter is so dense with information on its individual topic, that it could have been a published article in an academic journal.

The style of the chapters follows that of much academic writing these days. That is, the authors make their statements and arguments based almost entirely on material that has already been published, so that almost every paragraph includes at least one citation, usually several more. The authors of course use citations to validate their statements and allow readers to check them and to look for more information. But with only two minor exceptions none of the authors presents any original research, depending entirely on what has already appeared in print. The only originality in the writing comes from combining facts already established.

In a book where thirty-six authors write separately about one country, there is a risk that they might be repetitive, because the number of “major incidents” that have taken place in contemporary Egypt is limited, and different authors must refer to the same ones. The editor and the authors have thankfully managed to minimize this risk, so that when they mention a major event - like the 1952 overthrow of the monarchy, the 2011 downfall of Mubarak or the growth of military rule under al Sissi – they do not seem to be rehashing a story we already know, but they rather put the familiar event into a new context.

As the editor notes in his preface to this volume, Egypt has some special characteristics that make it worth of study and examination as a very important state internationally and in the Middle East. It occupies a key location at the intersection of Asia and Africa, and its Suez Canal is a vital international waterway. It has the region’s largest population, now over one hundred million people, many of whom work abroad. It has since World War Two played a prominent political role in the region and beyond, not only under the Arab nationalist leader Gamal Abdal Nasser, but also under his successors Sadat, Mubarak, and al Sissi. It has been courted by the United States, the Soviet Union, and most of the Arab states that have sought its political support.

However, it is the internal issues of governance, the state’s relations with its citizens, and the nation’s struggles over economic development and other domestic concerns that are the major focus of this book because they are as important as the external ones for us to understand. As the various authors explain in examining different internal issues, Egypt has gone through many changes and course alterations in its domestic development. But the authors also emphasize that there is a dominant trend toward authoritarian rule that keeps recurring, whether the British, the king, or a former military officer is in control. There have been occasional periods when the leader’s hand weakens as the people rise up, but the status quo usually prevails.

The book’s first section is “Occupation, independence and revolution”. The introductory chapter of this section reviews more than two centuries of Egyptian history from Muhammad Ali Pasha to Mubarak, and chapter two deals with infrastructure, urbanization, and education. The next three chapters are on foreign policy, domestic politics, and the Egyptian view of state and society. The theme running through this section, and in fact a major theme throughout the book, is the authoritarian nature of Egyptian politics and the dictatorship of each regime. The authors lay some of the blame on the British and the monarchs, but also on Nasser and other post-revolutionary presidents. Along with authoritarianism, the characteristic of military influence in politics is a constant theme throughout the book.

The book’s second section, on “Politics”, explains in further detail how Egyptian leaders usually prevented hostile coups and revolutions by creating competing power bases and other means, and how the regimes have used governmental institutions and even religious ones to extend power. The authors explain how regime power increased over the years as individual rights were squeezed in various ways.

The book’s third section, on “Economy” reviews the decline of traditional agriculture, the difficulty Egypt has attracting foreign direct investment, the crony-capitalism problem, the importance of worker remittances especially from the Gulf, and public and private encroachments on land.

The book’s fourth section, on “Law and human Rights” discusses Mubarak’s tenure and Sissi’s 2013 military takeover, the key role of lawyers in politics, the different types of Egyptian courts, and the regime’s counter-terrorism efforts. One chapter (19) refers to Sissi’s “military dictatorship that brutally crushed all political actors.”

The book’s fifth section, on “Natural and built environments” talks about Egypt’s iconic historic buildings and cultural heritage as well as urban development and the “new cities” that have failed to attract poor urban dwellers because they lack job opportunities. It also discusses the Aswan Dam and the Grand Ethiopian Renaissance Dam. It is critical of plans that stress physical development instead of quality of life.

The book’s sixth and final section is “Media and popular culture”. One author says the state has enforced an “all-encompassing web of restrictions that stifles the media and cultural expression under the Sissi government” (p.397). The chapter on the “culture police” (chapter 24) talks about “militarized thinking” and says it goes back to the 1952 revolution.

In brief, this volume presents a wealth of accurate information on a variety of topics related to Egypt. It is best suited for library acquisition which would make it available as a reference to students and others interested in Egypt.

About William A. Rugh

William A. Rugh has been a visiting professor at the Fletcher School of Tufts University and at Northeastern University, where he taught courses on diplomacy and the Middle East. From 1964-1995 he was a U.S. Foreign Service Officer, with nine diplomatic assignments in the Arab world. He is author of five books including Arab Mass Media: Newspapers, Radio and Television in Arab Politics (2008) and American Encounters with Arabs: the “Soft Power” of U.S. Public Diplomacy in the Arab World (2005).