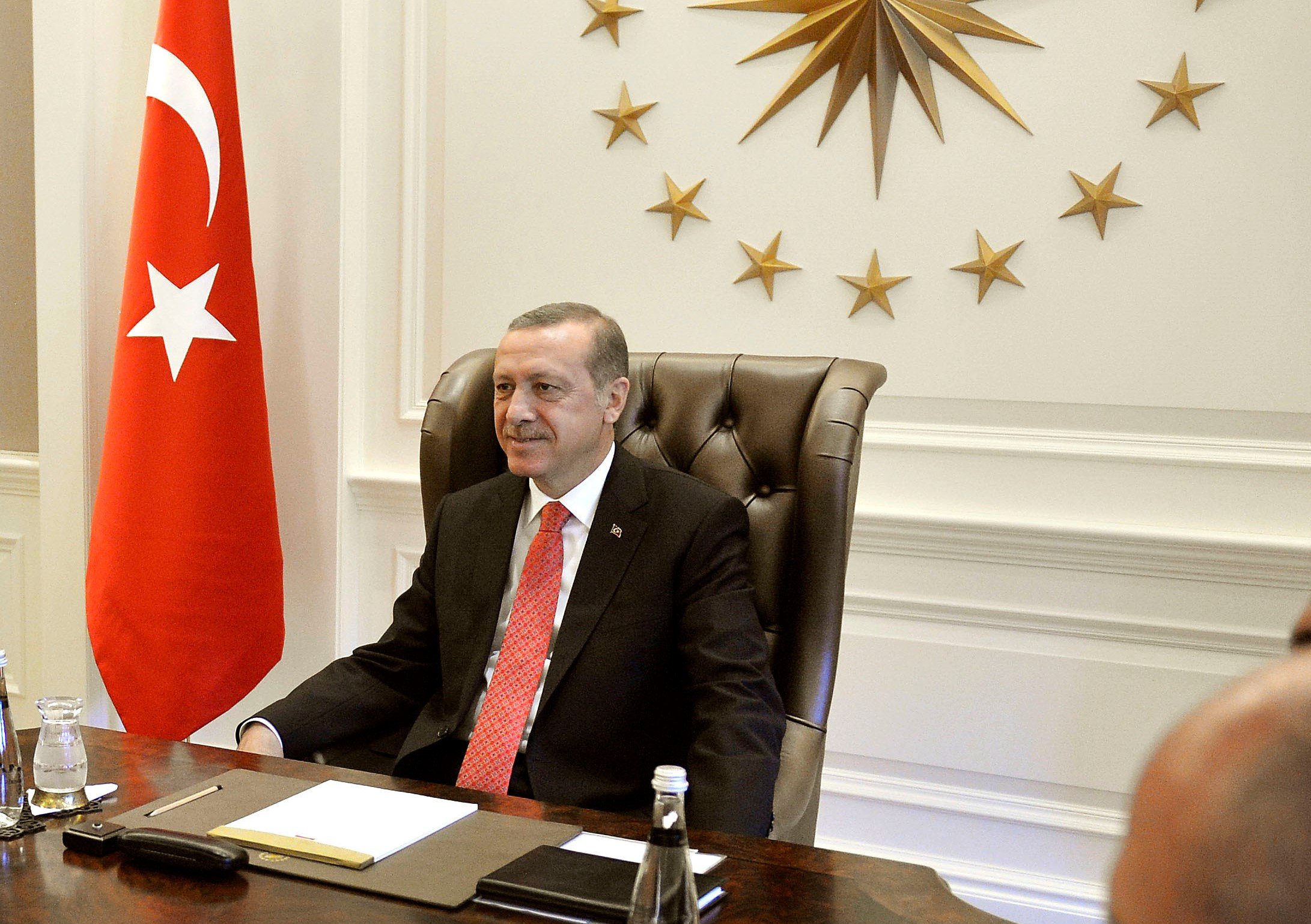 Erdogan in the Turkish presidential palace. Photography by Glenn Fawcett.

Turkish president Tayyip Erdogan tried to motivate action over Twitter: “I call our nation to the airports and the squares to take ownership of our democracy and our national will.” He also reposted tweets from the Prime Minister and the Presidency’s official account condemning the coup. An avowed enemy of social media, Erdogan formally addressed the country in a FaceTime video call that was broadcast on television.

Erdogan’s critics were quick to note the irony in his choice of medium. In fact, he has often moved to block social media during periods of crisis and political uncertainty.

The traffic on social networking sites hardly reflected the blockages. They were inundated with commentary from both fierce advocates and passionate opponents of the coup. Live videos filmed by bystanders showed the events unfolding in real time. Facebook analytics revealed dozens of live streams coming out of Turkey, many of which documented the hundreds of people gathered on the streets. On Twitter, users shared visuals from Istanbul and Ankara; gunshots could be heard in some of the videos. Both sides of the coup tried to mobilize supporters over social media. “It’s almost 2 a.m. and mosques across Istanbul are relentlessly calling people to the streets to resist and protest the military coup,” wrote Twitter user Ceylan Yeginsu. Backers of the coup urged government opponents to take to the streets.

Around the world, people were confused by the vivid depictions on their screens. They witnessed explosions at the parliamentary building, protesters struggling to evade helicopter fire, and opponents of the coup standing together in front of tanks. The massive influx of content made the official narrative difficult to discern.

According to local residents and monitoring groups, it was nearly impossible to access social media sites during the initial phases of the uprising. Some people managed to bypass local Internet providers with a virtual private network (VPN), which enables users to share data over a public network as though they were connected to a private one. Hotspot Shield, one of many apps that connects users to VPNs, reported an increase of Turkey’s downloads in excess of 300 percent within two hours of the coup’s announcement.

Twitter suspected an “intentional slowing” of its traffic. YouTube stated that while it was aware of reports that the site was down in Turkey, there were no apparent technical difficulties; the restricted access likely came from within Turkey. Although it remained unclear who had ordered the blocks, service was later restored.

A version of this article was originally published in Reuters via the Arabian Post.

About Yasmeen Abutaleb; Edited by Jonathan Weber and Tom Brown