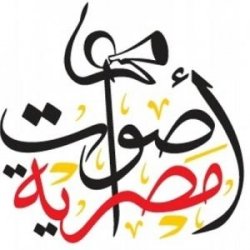 CAIRO, Nov. 2 (Aswat Masriya) – The Association for Freedom of Thought and Expression (AFTE) affirmed Monday that reforming the legislative and regulatory structure of the press and the media in Egypt is the only way to avoid cases where breaches of privacy rights conflict with freedom of expression and the public's right to know.

The AFTE report comes on the heels of a media incident that led to a public uproar last week, involving controversial anchorwoman Riham Saeed. Saeed's TV show Sabaya al-Kheir was suspended on Friday for airing personal photos of an alleged victim of harassment, Somaya Tarek, who was a guest on the show. For more details on the incident click here.

The AFTE report used the incident as a launching pad for a broader discussion of the eternal debate between freedom of speech/expression and privacy, outlining that the conflict between both betrays an intrinsic conflict of interest. On the one hand, there is the right of both society and individuals to guarantee unfettered freedom of opinion and expression; and on the other hand, the right of individuals to preserve the sanctity of their private lives, which should not be exploited to defame them.

When it comes to the media, says the report, journalists or anchors must exercise discretion, ensuring that delving into the private life of their subject is, in fact, in the public interest. To reach a reasonable conclusion about this they must ask several questions, including whether the subject is a public figure, or whether he/she agreed to publishing and what the motives are behind publishing the material.

While AFTE contends that Saeed’s case was a clear breach of Tarek’s privacy and an abuse of freedom and speech with the express intention to tarnish her image and reputation, the organization also believes that imprisonment of journalists or media figures in such cases should not be the solution to protect privacy. Two penalties can be meted out in these cases, says the report. The first is an administrative penalty whereby the TV channel can temporarily suspend the production team, impose fines or suspend the TV program altogether and dismiss the team.

Alternatively, the victim can file a lawsuit against the production team, in a case where the punishment will not exceed a six-month suspension or fine, with no recourse to physical imprisonment in a bid to limit the perpetrator’s freedom not restrict it.

Independent human rights lawyer Yasmin Hossam previously told Aswat Masriya that what Saeed did was a "crime" violating article 99 of the constitution which protects the sanctity of personal freedom. The article states that "any violation of personal freedom, or the sanctity of the private life of citizens, or any other public rights and freedoms which are guaranteed by the Constitution and the Law is a crime. The criminal and civil lawsuit arising of such crimes shall not abate by prescription."

The law further says that the "affected party shall have the right to bring direct criminal action" and guarantees "fair compensation" for victims of such "violations". Hossam added then that according to the penal code, people who violate the sanctity of personal freedom could receive up to a year in prison.

According to Law No.96/1996 regulating journalism in Egypt "it is not permissible for a journalist to expose the private life of citizens" and those who do so face up to a year in prison and a fine of between EGP 5,000 and EGP 10,000.

AFTE argued against this punishment in a draft law proposed last August by the national committee tasked with preparing press and media legislation, emphasizing that an overhaul of the regulatory structure for the media must be done hand in hand with reaching consensus over a code of ethics by which all news and media organizations will abide.

For an in depth look at the laws governing freedom of expression in Egypt, click here.