Lost in Discourse: The Mass Media’s Role in Creating Trump and Right-Wing Populism

This article is based on a talk given at the London School of Economics and Political Science on November 18, 2016.

Europe is currently facing severe political challenges, some of which seem to be connected. Take for example, the refugee crisis and the rise of right wing populism in countries such as Great Britain, France, or Germany. The connection between these issues is not only factual, but also based on a certain construction of public discourse. European media coverage of the ongoing refugee crisis has been characterized by a combination of sympathy, suspicion, and hostility. Ahead of any other European state, the media outlets in Germany began to frame the issue in a negative manner in 2015, contributing to a change in public perception. Here it was less a matter of a response to terrorist attacks and more the burden handling an influx of some 800,000 refugees. However, fluctuations in discourse as suchhave been an overall pattern in European media for some time. To ensure a hospitable atmosphere, the values of empathy and liberalism require a “grand coalition” of all major parties in a country, particularly the government and media. While the West has managed to build stable democracies, the two key pillars of social solidarity and liberalism are on the retreat. When any democratic component becomes compromised, it triggers a collapse of the whole house of cards, leaving fertile ground for xenophobia.
.

Problems – How the Media Help the Right and Hurt the Left

By the summer of 2015, in most larger European media institutions, the seeds of a turn toward a negative discourse had already been planted. (Hafez 2016; Georgiou/Zaborowski 2016) I agree with Lilie Chouliaraki’s assumption that “compassion fatigue” among a given population does not occur if the media decides to frame refugees as victims and individuals, contextualized in a way that explains our own responsibility for many of the crises in their homelands, and offering ways to help. (Chouliaraki 2006). The summer of 2015 in Germany saw an almost ideal realization of those criteria—with one notable exception: While refugees were visible, and the atmosphere positive, the German press neglected shedding light on the international dimensions of flight and migration. Moreover, there was absolutely no self-critical discourse about the fact that the refugee crisis was, to a large extent, the price the West should pay for its own political sins—Iraq/Syria, Afghanistan, IS etc. There was no common “we”—always “us” and “them.”

As a rule of thumb, understanding the nature of news coverage often requires knowing the untold stories, which can, in some cases, be more significant than the news itself. What we need is a clear theoretical vision of the global movement of people to critically deconstruct media images of refugees. Such a deconstruction must incorporate the dimension of missing news. This is important because it was only against the backdrop of labelling refugees as recipients of charity that they could later be framed as ungrateful terrorists and parasites. It is through this information deficit that we remain in a vicious cycle of neoliberal and neo-imperialist policies, terrorism, and racism. The securitization of the media discourse is almost a natural consequence of what I would call “structural discursive racism.” Journalists often do not understand problems of “missing news.” (Hackett/Gruneau 2000) They are all too often “lost in discourse.”

Another structural bias is the imbalance within the existing discourse. Right-wing populism, Donald Trump, the refugee crisis, and to a certain degree terrorism, are all phenomena that became dangerous only after the media blew them out of proportion. The media discourse is problematic not only because information is not presented and contextualized, but also because too much attention is paid to the political Right, which instrumentalizes the refugee crisis, terrorism, and other issues of migration for its own political ends. Journalists often do not recognize that it is of little consequence to right-wing populiststs how they are represented in the media. A movement designed to confront systems and destruct liberal values will not be stopped by educative dialogue. Any resonance and echo in the media, whether positive or negative, feeds it. In Britain the “Brexit” was a fabrication of right-wing media like The Sun or Daily Mail. In the Netherlands the Islamphobic politician Geert Wilders was made the prime challenger of the government. In Germany the right-wing populist “Alternative for Germany” (AfD) party gets much more media attention than other oppositional parties, despite not having a seat in parliament.

At present, the mainstream media is entrapped; for whatever they do seems only to help right-wing reactionary movements. Much of what is happening is reminiscent of the argument made by writer Jeffrey Scheuer some twenty years ago: That television “helps the right and hurts the left.” (Scheuer 2001) Media must become aware of their triggering role in the de-liberalization of democracy.

Before thinking of remedies, we must dig a bit deeper. Why this failure? From a Foucauldian perspective, media discourse as such is the factor of distortion, where discourse is power. From several other theoretical angles, however—Gramsci, Habermas, Chomsky, Marx—it is much more interesting to understand the pushing factors behind the media discourse such as ideologies, press cultures, and media regulation. These triggering structures and processes differ from case to case and are certainly complex, varying from one country to another. However, some conclusions can be drawn.

Causal interpretation in journalism theory is situated on three different levels: Macro, meso, and micro. (Shoemaker/Reese 1996) It deals with political, social, and economic influences from outside the media, as well as factors from within the media system. These include its organizations, markets, co-orientation and opinion leaders in journalism, and the individual ethics of journalists. In the case of the media coverage of refugees, these different levels of analysis are connected, as all players in the field subscribe to a radical routine of presenting politics as entertainment, or Politainment. Even the most serious media have granted enormous attention and airtime to those acting in emotion or propagating false allegations. With what the Israeli media scholar Gadi Wolfsfeld once called “unusual behavior,” (Wolfsfeld 1997) new right-wing populist movements with their polemical and emotional style have hijacked the logic of political news making. Some people call it “post-truth” publics. The information core of Politainment, which should always be visible, is shrinking. It is through this mechanism that new forces, like far right-wing politicians, began to dominate the media agenda.

It is not the case that the media are merely uttering the long-suppressed claims of silent majorities. For about twenty years we have known from opinion polls that roughly 50 per cent of Europeans hold Islamophobic views, yet only a minority of them are willing to support right-wing populism. (Hafez/Schmidt 2015) It is the mass media that, often quite unconsciously and through their structural discursive biases, help to mobilize right-wing groups. In Germany, Thilo Sarazzin, a famous populist author, was portrayed as a media figure before he became the mastermind of the right-wing populist AfD party. “Pegida” was a local right-wing radical protest movement in the German town of Dresden before the media echoed their drumbeats nationwide. Dubious allegations like the Silvester rapes in Germany on New Year’s Eve 2016, and other problems with refugees blown out of proportion, contributed to the negative turn and lead to a “breach in a dyke” for right-wingers. In the US, Trump was made big, long before he became a presidential nominee.

Thanks to the media, there is no longer a big gulf between a silent majority and right-wing populist policies. If attempting to integrate larger parts of the population and reach out to new markets, the media have not only eliminated the difference between information and rumor, but also serve as a tool for mass mobilization for right-wing populists. If new right-wing movements deserve the name “populism,” media outlets are definitely a constituent part of their political strategies.

It is legitimate to argue that even without the media, right-wing populism would create its own public through the Internet, but this argument is overrated. Statistically speaking right-wing populism and animosity toward refugees is strongest in older generations, which are not prime users of social media. Of course, the media alone are not responsible for right-wing populism; many political parties have contributed to its rise. However, the Politainment style of media carries substantial responsibility for the current challenges to liberal democracies in Europe and the United States.

What are the potential remedies to this trap? I am afraid, simple appeals for more fairness and balance in news media will not suffice. There are a number of provisions and recommendations by the Council of Europe and the European Commission against racism and intolerance, (Georgiou/Zaborowski 2016) however, there are numerous problems in terms of implementing them. Few journalists in Germany and in the rest of Europe are aware of these recommendations due to the weak influence of the EU on the policies of media outlets. Most recommendations address “hate speech,” but the main problem of the mainstream media is “soft speech,” the regular, daily, structural biases of the media discourse. Regulations against hate speech will not help to solve the imbalances in media discourse because they tackle the wrong problems such as manifest ideological prejudices, and the loss of civility in public communication. These are problems prevalent on the Internet, but they are not the major developments in journalism. EU recommendations can help if they are clearly phrased and if the initiatives are adopted by the self-regulating bodies of journalism. However, despite a workshop here and there, this type of work can hardly be seen in Western journalism.

It is my personal conviction that simple appeals are no longer sufficient. Structural problems demand structural solutions. What is needed to defend liberalism is a real alliance of the political class with mainstream media and all big institutions encompassing academia, schools, and the economy. What we need is a self-conscious liberal counter-movement for more instead of less “political correctness” in all matters related to what American philosopher Ronald Dworkin called the “unchosen consequences” of life: Ethnic belonging, sexual orientation, and in most cases also religious denominations. (Dworkin 2000) We need substantial media critique, more academics as public intellectuals, and much more self-criticism on the side of the media.

The co-responsibility of the media for right-wing populist trends in our societies is hardly debated. The media are often critical of those tendencies, but they have also magnified them by echoing nationalist drumbeats while ignoring the real important international debates. International aspects are downplayed and neo-nationalism is amplified as the new super­-sexy story of the day. I have never been an advocate of pessimistic “critical theory” readings of the media, but I must admit that there is a certain danger at hand that we might be “amusing ourselves to death,” as American author Neil Postman argued decades ago. (Postman 1985) The media should be held accountable for their share of the responsibility.

Dr. Kai Hafez is a Professor of International and Comparative Media and Communication Studies at the University of Erfurt, Germany. 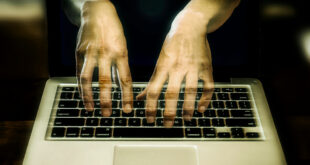 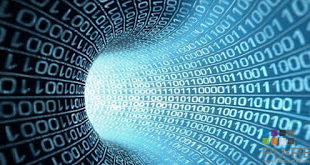