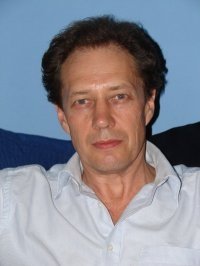 AMS has a new Managing Editor

The Kamal Adham Centre at AUC has appointed me as the new managing editor of Arab Media and Society, which intends to retain its role as a primary reference for understanding the role of media in shaping Arab societies and the broader Muslim world.

We look forward to submissions for our next issue in spring 2010, which we anticipate will be fuller than the fall 2009 issue, which is now online. We also giving serious consideration to a printed version to serve as a permanent reference for future scholars.
I come to the task from a background as a working news agency journalist after close to 30 years with the international news agency Reuters, mostly in the Middle East. But over the years I have followed from a distance the academic research and debate on Arab media, especially in the years since the satellite television, independent newspaper and Internet revolution swept the region in the decade now drawing to a close. As a journalist listening, and reading in Arabic, I was an avid professional consumer of all these media. Now I have a chance to share in deeper analysis and understanding of them. I certainly expect to learn much from our contributors.
As in the past we welcome submissions from writers including media professionals and journalists, regional commentators, researchers and academics of all disciplinary perspectives - anthropology, journalism, political science, media and film studies, history, and sociology.
I look forward to working with you,
Jonathan Wright
ams.auc@gmail.com and ams@aucegypt.edu