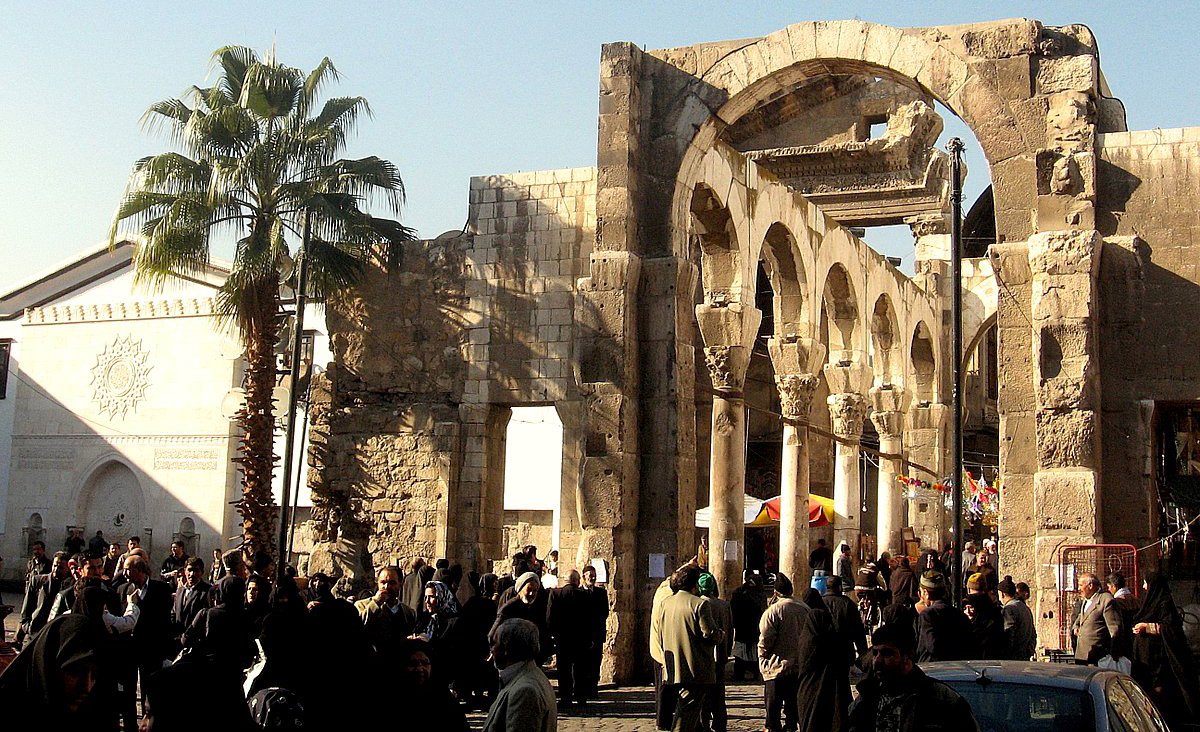 Damascus: the Jupiter Temple (III A.C.) in front of Omayyad mosque, via Wikimedia.org. 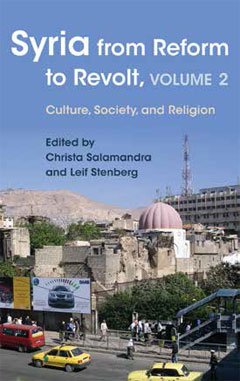 Syrian drama has oscillated between accommodating and challenging persistent authoritarianism, the Islamic tendency, and the neoliberal moment. In addition to sensational thrillers and costume dramas, Syrians continue to produce works that harken back to an earlier era of Arab cultural production. Realist dramas join sociopolitical satires in critiquing social and economic conditions, with an underlying ideology of enlightenment (tanwir). They reflect an enduring secular, socialist tradition that lives on in Syrian cultural production despite the current regime’s abandonment of these values, and within market preferences for big-budget historical blockbusters.

Filling in the Blanks

Among Syria’s drama producers, a legacy of social and political concern endures. The modes of televisual critique honed during the Bashar al-Asad era inform and inspire antiregime protesters to new heights of artistic dissent. The debt that programs like Freedom and Nothing But owe to the televisual innovations of the 2000s is easy to miss amid celebrations of the uprising’s creativity and condemnations of the pro-establishment stance of some high-profile drama makers. Moments of rupture obscure lengthy processes and incremental shifts in critical public and private discourse. Critics have long bemoaned the limitations of Syrian drama, as television treatments of corruption never attached the upper ranks of the political elite and intransigent authoritarianism suggested the impotence, indeed the regime’s manipulation, of critique. Yet as the works of Shamrevolution and the With You team illustrate, programs of the Bashar al-Asad era succeeded through implication. Avid viewers, some now turned activist cultural producers, filled in the blanks.

Employing a distinctive dark aesthetic, Syrian drama creators have pushed the limits of expression, and they have done so through the very institutions and structures they seek to reform. Despite stringent censorship constraints and despite inhospitable market conditions, programs like Spotlight, Waiting, and No Hope brought critical reflection to the center of Syrian—and Arab—public life. Scholarship on Arab broadcast media often limits its focus to journalism, where the margin for maneuver is considerably narrower and the privileging of event over process obscures a complex history of meaning-making and remaking found in television drama. The Syrian drama industry’s legacy of social realism and political

Christa Salamandra is Professor of Anthropology at Lehman College and The Graduate Center, The City University of New York. Her work explores visual, mediated and urban culture in the Arab Middle East. She is the author of A New Old Damascus: Authenticity and Distinction in Urban Syria (Indiana University Press, 2004), and co-editor of Syria from Reform to Revolt (Syracuse University Press, 2015). Her manuscript-in-progress, Waiting for Light: Syrian Television Drama Production in the Satellite Era, explores the cultural politics of contemporary fictional TV creation. Forthcoming from Indiana University Press, this book draws on extensive fieldwork in Syria, Lebanon, and the United Arab Emirates.