Home / Uncategorized / I want my MTV 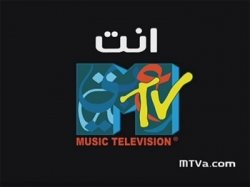 I want my MTV

It was bound to happen.  Given globalization’s boost of celebrity obsession around the world, it was only a matter of time before the world’s biggest name in the music and youth entertainment industry would tap into the consumer hungry, but conservative Middle East.  The fact is, Arab youth are far too lucrative of a market to let politics and prejudices get in the way of business. It’s that simple.

So simple, in fact, it astonishes that up until MTV Arabia’s crew of teeny-bobs—with their spiky hair and western education—flashed their designer jeans on screens across Arabia that no one has tapped into this money-spinning market before. While there are over 50 music channels in the region, only one of them airs primarily western content.

But with the hefty number of music channels already in operation in the Middle East, what is the big deal about introducing yet another? The obvious answer is that MTV has a penchant for airing controversial material and making a mockery of convention. And of course, it’s an American brand.

The challenge, therefore, is transforming a notoriously risqué channel into a Middle Eastern-friendly platform for music and creativity without stripping MTV of its edge. It isn’t without some irony that a channel known for angering religious, political and conservative communities is operating in and catering to a region renowned for reacting  (and sometimes overreacting) negatively to controversial content.  This, coupled with the introduction of yet another American brand onto Arab airwaves, is why MTV Arabia is causing all the hype.

However, the burning question is: how can Arab publics embrace yet another American brand, while simultaneously opposing U.S. foreign policies? How does the region reconcile its eager consumption of commercialism with its political views?

For MTV, the answer lies in the target youth market. Those 190 million viewers who MTV Arabia targeted in November 2007 and continues to target with Arabized shows and advertising, may feel strongly about Iraq’s predicament; they may despise the U.S. for its support of Israel and question America’s motives in Lebanon, but all they really want is to be cool. And MTV is unequivocally cool.

According to 2007 statistics, two-thirds of the Arab world’s population is under the age of 30. Due to the global reach of media technology, Arabs are in tune with the latest trends, gadgets, news and American shows. They can’t always afford to buy the clothes, the gadgets and indulge in the social freedoms of their western counterparts, but they’re well aware of them.

In spite being connected to and aware of western trends, Arab youth, especially those who have not had a western education, are undoubtedly ‘Arab’ and feel strongly about this identity. This includes a keen sense of difference with the west in their social norms, their customs and their behavior in and outside their family units. According to Samer Al Marzouqi, channel manager, MTV Arabia, these are the youths the channel is targeting: “We’re targeting normal Arabs. We’re not targeting educated, private school people. Those are Arab society’s niche. They are not more than 10 percent of the population. We are trying to appeal to the masses.”

The desire to be cool transcends social, cultural and financial boundaries. Indeed, MTV Arabia may be targeting to non-elite Arabs, but all Arabs are keen to know how they can square their distinctive culture with the west.

And what better way to channel what is cool to Arab youths than through an Arabized MTV, one of the coolest channels on earth. Run by teeny-bopper executives, MTV Arabia has a number of presenters and producers with barely enough experience under their belts to know which way to buckle them. But according to the management, having young people on board keeps the channel fresh and ultimately, cool.

Rather than venturing to define what this allusive term means on my own, I asked one of the channel’s charismatic presenters, Mohammed Hammad (who presents “Introducing Block”) what is hip, young and cool: “I don’t know. I guess music is hip and young. I guess. A lot of people have their own definitions of that. For the majority of kids it’s popular music. That’s it, really.”

While far from being cool myself, I know there’s more to the term than just popular music. It involves aspirations, the desire to be different, unique, and noticed, and most of all, it involves social approval. To be cool is to be accepted and to inspire respect and awe from others. There are far more facets to this seemingly simple word, but without the elements mentioned above, how else would a global brand use the Arab youths’ desire to be cool to create a new channel, if it didn’t tap into the youths’ deepest desires, aspirations and longings. And this is where MTV Arabia has struck an interesting balance.

As you read this article, there are thousands of Arabs buying American clothes, eating their foods, watching their shows and singing their songs, yet you’d be hard pressed to find a handful of them who agree with American politics and who would explicitly give their cash to American charities and organizations. MTV Arabia, rather than being an overt American channel that merely airs western shows and songs, has forged a creative grey area that emphasizes the best of both worlds.

Take Hip HopNa, one of the channel’s most popular shows. According to Al Marzouqi, “this show is about Arabic rapping. Lots of Arabs are rapping, but they are misguided. So what we have done so far is guide them, so they can do with they like, but with some guidance. If we left them the way they were, they would’ve used swear words and merely mirrored what they saw and heard in the western world.”

In other words, such shows encourage Arabs to indulge in western forms of expressions, but they also encourage these budding artists to make their music relevant to their world. “We’re trying to get people to think about social issues and not to bicker about ridiculous things. For instance, there was this Kuwaiti guy who was insulting a Saudi guy because a car or something silly like that. We’re encouraging people to think about more meaningful things, like the song that one girl sang about women’s rights in the region,” explains Al Marzouqi.

Essentially, MTV Arabia has not only translated a western medium to suit an Arab audience; it has also translated the western definition of what is and isn’t cool and made it pertinent to the region. That is, by all accounts, a laudable feat, especially given the cultural, social and political divides between the west and the Arab world.

That said, there exists the small matter of censorship. MTV’s racy videos, with women’s half-naked bodies straddling hip hop kings as they sing about sex and drugs, would not be welcome in Saudi Arabia. Al Marzouqi is quick to defend the channel’s decision to openly censor inappropriate content: “We’re applying the standards of the region to the channel. We’re not applying global standards. Cutting scenes is normal, and we’re dealing with it. We want a safe channel that people can watch with their families.”

And how safe is safe? According to Al Marzouqi, there have been no complaints about the channel’s content, not even from Saudi Arabia. In short, it’s very safe.

But safe as it is, the channel’s rating are healthy, at least that’s what Al Marzouqi claims. When asked to reveal the statistics that prove MTV Arabia’s success in the region, he said he is not authorized to do so, “But just know,” he added, “that we’re doing very well in the region. And for a young channel, we are very happy with its performance so far.” Until the numbers are out and the media can substantiate his claims, we’ll have to take Al Marzouqi’s word for it.