Home / Books & Reviews / BOOK REVIEW | Young People and the Future of News: Social Media and the Rise of Connective Journalism 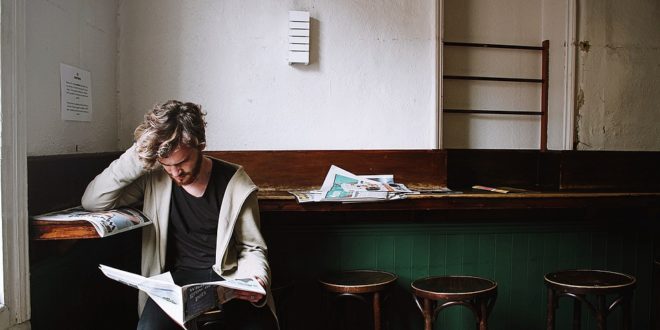 BOOK REVIEW | Young People and the Future of News: Social Media and the Rise of Connective Journalism 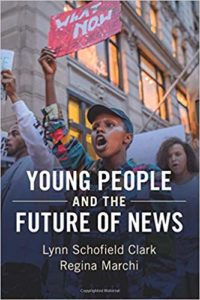 What do school reform, presidential elections, LGBTQ rights, globalization, police brutality, and a Boston casino have in common:? They have all been the impetus behind youth participating, communicating, and practicing forms of connective journalism in the United States. This, in brief, is the main argument Lynn Clark and Regina Marchi present in their book Young People and the Future of News published by Cambridge University Press in their Communication, Society & Politics series. The book traces how young people engaged with news in the U.S. between 2006-2016, and documents political, economic, and cultural upheavals.

Young People and the Future of News investigates the evolution of how journalism and news fit into the daily lives of the young “produsers” in the digital age (6).The authors begin by exploring the disenfranchisement of youth in a political and cultural context that does not represent their needs either due to patriarchal structure or the paternalistic styles or the closed institutions. The authors criticize minimalist approaches toward youth that regard them as objects who need adult protection, unable to reflect and use media independently. Beyond binary evaluations, the book argues for reflection on the intersections between cultural practices, political aspirations, and sources of knowledge (13).

Adopting a radical user perspective, the authors use ethnographic data—mainly interviews and observations—on how youth engage with news, or “ways in which young people deem certain issues worthy of their attention.” (12) Based on ten years of empirical ethnographic work across various US cities and regions, Young People and the Future of News contributes to the literature on media use, media sociology, citizenship, and participation in the digital age. However, it does not adopt the concepts of the Internet as democracy's fourth wave or disruptive power of internet. Instead, the book builds on the concept “connective action” (coined by Lance Bennett and Alexandra Segerberg, 2012). Clark and Marchi develop the concept of “connective journalism” as opposed to traditional journalism to understand the practices of youth in their news consumption. Its core idea is that young users “do not seek to build an accurate story (as traditional journalism does), but a collective and individual identity.” (4) Connective journalism is “a first rather than final step in a communication process, as opposed to the traditional journalism.” (54) It is a precursor to connective action. Connective journalism practices include “hanging out online” for young produsers as a new social practice where communicative activity is interwoven in their daily practices, media consumption, and building an individual and collective identity. Online and real spaces merge; youth comment openly on public issues within their direct social spheres. Unlike the majority of previous literature, the authors focus on those who construct meaning through connective journalism, rather than those who are targeted by activism. Focusing on case studies with a strong emotional dimension, the book links the concept of “affective publics” (Zizi Papacharissi) with connective journalism.

Critical of Habermas’s Neo-Kantian deliberative theory, Clark and Marchi tend towards Fraser’s concept counterpublics and connect it to Papacharissi’s concept “affective publics” where people feel their way into politics (117). This is particularly relevant to understand the evolution of discourses on Black Lives Matter and No Eastie Casino. Through valuable material from the Digital Media Lab, the authors narrate the processes of how students found their original voice and consciously entered the contested social space “produsing” various forms of interactions: students transformed themselves from onlookers, to sympathizers, to actors (137).

Through numerous case studies, Clark and Marchi prove the “catalytic function” of social media in a hybrid news ecology. Instagram, Facebook, and Snapchat become “artifacts of political engagement.” (113) However, the authors do not emphasize the technological aspects of today’s communication, but investigate the practices and processes of media that build communities and representations. Young People and Future of News explores roles of storytelling and emergent connectivity of social media to change the landscape of political action and youth participation.

At the same time, the book summarizes the current crisis of journalism as viewed by young users: “journalism is dead,” one interviewee told the authors (55). Not only did social media practices undermine habits of professional news consumption and lead to the decline of financial resources, the young users question the journalistic norms of providing neutral, objective reporting (33). News values as drama and conflict result in coverage that turns off young consumers. Today’s young people get the news from satirical TV, mock news, fictional narratives, news outlets, and high school scholastic journalism in a new hybrid media environment. Old models of the “dutiful citizen” declined due to youth disillusionment with journalism. The book analyzes this phenomenon beyond dystopian and utopian interpretations: ethnographically the authors show that youth respond to these normative challenges by adapting the practices if connective journalism, hence reshaping how we think about what news is (110). How legacy media reacts and adapts their norms remains a question for the future and for other books.

Its simple title, Young People and the Future of News, does not capture its multi-theoretical and interdisciplinary approach. This historically informed book juxtaposes the journalism crisis with youth news media consumption. The ethnographic reflections on youth, news, and participation in the digital age will serve as witness to the decade examined in U.S. politics and how youth interacted with it.

While the book is built on data collected and analyzed in within a democratic context, many of its arguments on youth disillusionment and building alternative identities are relevant in non-democratic contexts. It opens potential for ethnographic research in a comparative setting.

The book is well suited for beginners as its smooth language and engagement with a wide base of theories and concepts make it ideal for undergraduate students. However, it is also suited for advanced researchers. It captures the essence of recent discussions on changing concepts of citizenship, the future of journalism and news construction. In doing so, the authors did not use dry detached language, but a lively tone that indicates clear engagement with their subject matter.

The lengthy critical analysis of their own biases and position in the methodological breakdown should be praised, however, the method as outlined in the appendix is vague and needs more clarity and structure.

Young People and the Future of News

Social Media and the Rise of Connective Journalism

Hanan Badr is Associate Professor at Cairo University. Currently, she is affiliated with Freie Universität Berlin. Her research focuses on comparative media systems, media and transformation, and social media.