Info-Deficiency in an Infodemic: The Gender Digital Gap, Arab Women and the COVID-19 Pandemic 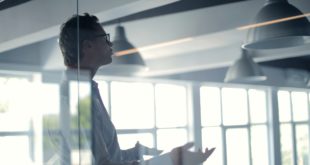