Home / Arts & Entertainment / Ruby: The Making of a Star 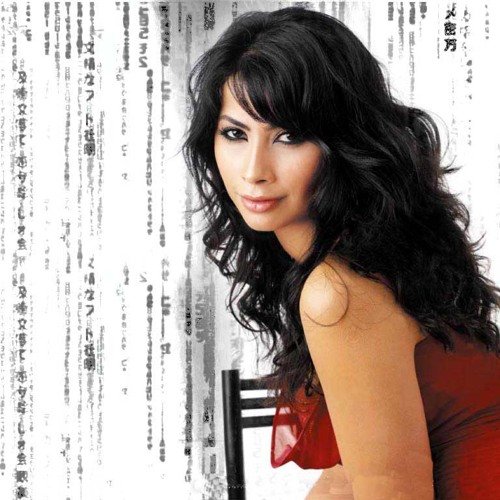 Ruby: The Making of a Star

Are Ruby's critics an obstacle to her stardom, or does the controversy over her secular style eclipse the star herself? The music videos that established Ruby's fame feature pelvic-thrust dance moves and revealing costumes, which infuriate a growing number of Middle Easterners. But compared to the gyrations and attire of Western hip-hop performers, whose videos air on the same international satellite channels, Ruby is downright wholesome. Arguably, her style has an eye-catching edge in her conservative society.

According to studies by the London-based daily Al-Hayat, Ruby is considered to be more popular than any political or intellectual figure in Egypt. A Cairo newspaper survey found that Egyptian youth think Ruby and soccer star Khaled Beebo are the most interesting people in Egypt.

Rumors circulate: Ruby was offered 5 million Egyptian pounds to star in Dal' al Banat (Spoiled Girls), directed by Tarik Salama; Ruby was forcibly removed from Cairo University where she was studying law, because she violated the dress code; Ruby was being sued by composer Ahmad al-Jabali, for breaking a previous contract with him, and by the Musician's Syndicate, for "singing without a license." Ruby is trying to prevent her sister Kooky from having a singing career. Ruby's videos were banned by Egyptian TV for being too sexy.

Born Rania Hussein on Oct. 8, 1981, in a working class Cairo neighborhood, it never occurred to her to become a singer, because her parents disapproved of the performing arts as a career, and wanted her to be a doctor. As a child, she sang and danced in front of the mirror. At 16, she defied her parents, and became a model. "I wasn't really looking for a career in entertainment then," she notes. "I wasn't sure what I wanted to be. I just knew I didn't want to be a doctor."

Ruby -- then still known as Rania -- made TV commercials, auditioned for movie roles, and played a small role in the critically noted Film Thaqafi ("Culture Movie"). Yousef Chahine gave her a role in his film Sukut! Hansawwar! ("Silence! Action!") and he also gave her the name Ruby. "She had star quality," Chahine recalls. But she didn't become a full-fledged star until she met Sherif Sabri.

Sabri is a former civil engineer, but he considers his real career to have begun when he was a teenaged guitarist in the Cairo R&B band Honeypot. "We were very famous," he says firmly. Later, he would earn a doctorate and go abroad to build nuclear reactors, but he never forgot the power a performer wields onstage, the transformative magic of a darkened venue, the heart-thumping adrenalin of applause.

He re-entered show business as a commercial producer, and met Ruby when he was casting his first feature, Saba' Waraqat Kutshina (Seven Playing Cards). Always the artiste, he took the film on location to Prague "to give the film some geographic vibrance."

Saba' Waraqat Kutshina was intended to be a model for young artists, "to show them that you could make a creative independent movie outside of the movie mafia," says Sabri, who dislikes mainstream Arab films. "The medium is stagnant. It allows no room for fresh ideas and kills creativity. Naturally my film was attacked. It was different." According to the Jordanian daily al-Ghad, a poll taken by MSNA.com found Saba' Waraqat Kutshina to be the worst film of 2004, receiving 1,783 of the 3,420 votes. Yousef Chahine's Alexandria/New York came in second.

But video clips, not feature films, made Ruby a star. And Sabri's background, his own love affair with stardom, and his ability to sell a concept, or at least a CD, in 30 seconds of airtime, were integral parts of the stardom machine. With Sabri, Ruby had a savvy manager who understood music, money, and the market.

Ruby got the part in Sabri's film not because of her voice, but because he liked her look, and her determination. "Between rehearsals, I heard her sing for the first time," he remembers. "I got an idea, and I didn't know if I was doing the right thing or the wrong thing, but I changed the script, rewrote half of it, and had her sing and dance. Then I shot her first video, You Know Why, in Prague."

The video, which featured Ruby's bare midriff in public, accomplished two things at once. It raised the ire of vocal, conservative Egyptians and made Ruby a star. "I told her, after this video comes out, you won't be able to walk on the street," Sabri recalls. Ruby didn't believe him.

Not all the attention is positive: Islamist politician Hamdi Hassan, of Egypt's Muslim Brotherhood, complained to Egypt's Parliament that Ruby's performance, and the gyrations of other pop stars, went against the morals of Muslim society. "I realize Egypt is a conservative society," says Ruby, "but I believe in what I'm doing."

Ruby's mother and sister (contrary to rumor) have always been close to her and supported her career. But other family members stopped speaking to her when the video came out. "They were angry, but some of them are starting to come around."

Were Ruby's videos really banned by Egyptian TV for being too sexy? Sabri claims he never presented them to Egyptian TV. "But who knows?" he shrugs. "If I did present them, they might be banned."

Sabri likens Ruby's career to his own, putting her controversial body motions into the context of his great love, R&B. He also believes that she, like him, is victimized for expressing, literally and figuratively, her soul. "What she's revealing is her individuality, not her sexuality," Sabri explains. Not that the two are mutually exclusive. "This culture doesn't tolerate people who are different," Sabri argues. "If you don't fit a mold, you get criticized. Ruby has a natural rhythm, and people claim that she is overtly seductive. But the truth is, she has a deep level of confidence and this is frightening. It's threatening, to be so confident, happy, successful. It is much harder to control confident people."
_______________

TBS: Did you always want to be a performer?

Ruby: I didn't know what I wanted to do. But I loved to sing and dance.

TBS: You became a model at age 16; didn't your parents object?

Ruby:Yes, but I found that the older I got, the louder my voice got, the greater my own desire to choose my destiny became. I had the ability to stand up for what I believed in, even if it went against my parents' wishes.

TBS:What was it like to work with Yousef Chahine, arguably Egypt's best known director in the international film world?

Ruby: I was so happy when I got the chance to work with Mr. Chahine. I'd seen his films, and I had great respect for his genius. As a newcomer to the film business, it was very exciting for me.

TBS: What are the best and worst things about being famous?

Ruby: The best part is I can sing and dance all the time. There is nothing that bad about it, except that I can't walk down the street without people -- usually girls -- stopping me and asking me for my autograph, or how to do a dance move. Sometimes mothers push their daughters up to me and say, "Look! She can do it just like you!" Or people want to know where I get my haircut. A lot of Cairo hairdressers get requests for "the Ruby look."

TBS: How did you become a singer?

Ruby: By accident. I was making Seven Playing Cards with Sherif Sabri, but he didn't know I could sing. I was too shy to even think of myself as a singer, let alone tell people that I sang. He heard me singing and he made my video clip, You Know Why,right there in Prague, where we were filming the movie.

TBS: Based on that one music video, for You Know Why, you became a star? How did that one clip draw so much attention?

Ruby: In the video for You Know Why, I appear on a street in a belly dance costume, which some people felt was haram (religiously forbidden). But belly dancing is part of the Egyptian tradition. In the old movies, you always saw women in those costumes. Some people watched the video because it was haram, so they could criticize it, but most people watched it because they liked the music, the singing and dancing.

TBS: How do you respond to the criticism you get for being too sexy?

Ruby: I don't read the things the critics write. I don't care what they think. I don't need their validation. I feel very confident in what I do.

TBS: What is it about your music that gives it a different sound than most Arab performers?

Ruby: I let the bass line inform my music. Most Arab musicians ignore the bass line, which is what most R&B is based on. But I respond to it, so my music and my whole rhythm has a different feel. Maybe it seems sexier to some people. But it's what soul musicians, R&B performers, have been doing for years in the West.

TBS: What instrument would you most like to play?

Ruby: I'd love to learn to play the harmonica.

TBS: You've been famous for a while now. You can do anything you want, go to any exotic part of the world. What is it you would most like to do?

Ruby: It depends on my mood. I might just hang out with my friends -- none of whom are artists, they're all friends from school. Or I might stay home and sing and dance, in front of my mirror.

TBS: Who are your favorite international stars?

TBS: If you went to Hollywood, who would you like to meet?

Ruby: I think maybe they'd like to meet me!

In light of the changes taking place in the United States, Arab Media & Society …