MBC is one of the newest clients of Dubai Media City—and a key client, even having a DMC building named for them. TBS Senior Editor S. Abdallah Schleifer spoke with MBC News Director Steve Clark in London about the advantages of moving to Dubai and how the move will affect their news coverage. 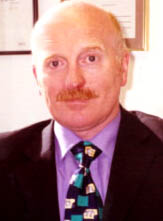 S. Abdallah Schleifer: Why is MBC moving to Dubai Media City, given all of the attractive aspects to a London base, such as a large pan-Arab community of journalists, exiles, and diplomats?

Steve Clark: I think its purely a matter of economics. It's very expensive to run a news operation based in London. We have been here now for ten years. At the end of the day we are an Arab company primarily from the Gulf, and so perhaps it's apt that we are returning to the Gulf. We will be closer to our core audience and obviously it will be more economic to run operations from there than from here.

Schleifer: Even if in recent years news and public affair coverage has been somewhat downgraded in your search for market share, and in the face of uneven competition that MBC as a general or variety channel faces against Arab all-news channels, nevertheless it is a historic fact that the first Arab television news reporting that met international standards in technique and content was provided by MBC. What effect will this move have on your news operation?

Clark: On screen the audience shouldn't notice a flicker of change. Technically all of us in the news department and elsewhere in the company become redundant at the end of this year, and those of us who choose to do so will re-apply for jobs within a new structure. I would hope that the very best of the existing journalists, together with some new talent that we are in the process of recruiting, will result in a very high-caliber staff that will be a mixture of the good experienced journalists and the new blood for the future. I just returned from Ramallah, where we are very much operating our bureaus. The very fact we are relocating hardly implies we are about to farm out our news bureaus to other people.

Schleifer: I know you were on a recent recruiting mission to the region.

Clark: I wouldn't exactly call it a recruiting mission, but if you are a director of news it would be very remiss if you didn't come around and look at the new blood. We came to Cairo to meet and talk with new graduates and students and see what new talent is out there. Obviously I wrote down a few names of people we should look at again, and I was impressed with what I saw. I spent most of my life in British broadcasting, and there's always a danger of falling into an arrogant belief that the best journalists are the ones from your country. We are looking for a mixture of good homegrown Middle East talent and some of the Arab journalists we have learned to respect here in Britain.

If you look around our newsroom, it's like the Arab League—Lebanese, Egyptians, Syrians, Algerians, people from the Gulf states. I don't think any one nationality can claim precedence. Another thing that impressed me my first few months here was how absolutely dedicated and professional the journalists here were. I saw it as the BBC of the Middle East, and that's why when big events happen people seem to turn to MBC.

Schleifer: Are you personally going to make the move, to stay on as news director for MBC but based in Dubai?

Clark: I've been invited to go and I will shortly go to Dubai to have a good look around. My first 18 months here I have been hugely impressed by the operation and by my colleagues and I'd like to think I might still be working with them.

Schleifer: When MBC started up, its great success was that it was the first Arab channel to provide news coverage at international standards, to provide reports from the field as well as open talk shows. Then MBC apparently decided to shift more time and resources to entertainment rather than TV news and public affairs broadcasting. Why did it make this decision?

Clark: First of all I cannot speak about what the state of MBC was in its early days. I do know they brought a good team of international experts, and as with any successful format we were copied by other channels, which is of course the finest form of flattery. We are now in an age where there are 24-hour Arabic news channels, so MBC decided to be a broad-based entertainment with a few key pillars—one of which is news, one is special entertainment like "Who Wants to be a Millionaire." I look upon MBC as the BBC type of channel; BBC is a broad-based channel that three times a day puts out this very respected news service. That's precisely what MBC is doing. We are not depending less on news and public affairs, we are just concentrating it into special slots in the schedule where it will have the most impact.

In the future I don't think there will be a dramatic change in that strategy, but I do conceive of an increasing our news output in hourly bulletins and live interrupts. When big stories happen it would be remiss not to do a news flash. We will always on big stories carry a news flash. Even though I am aware that there is a danger of driving your audience to a 24-hour news channel, I am confident they will come back to MBC for the regular news bulletin and for news broadcast they can rely on. We may increase our news output in terms of short hourly news bulletins, and we have some big plans for the future.

Schleifer: Your background was British newspapers, and in the late 1980s, newspaper work in the United States, then 22 years ago you went into broadcasting with ITV and ITN. How do you find the contrast between British broadcasting and the assumptions of Arabic broadcasting?

Clark: I was immensely impressed when I came here as to how seriously the journalists here regard their craft. I grew up in nine African countries. I believe journalists are the watchdogs on the walls of freedom. But it's to easy to take democracy for granted in the UK; here, democracy and freedom of speech isn't taken for granted but is revered. Stories are checked and rechecked, more than I can imagine. It should be the case in western broadcasting. The journalists here have respect for their viewers, that they must be served with absolute accuracy and integrity, and that's refreshing. MBC, I believe, stands shoulder to shoulder with any in news organization in the international arena.