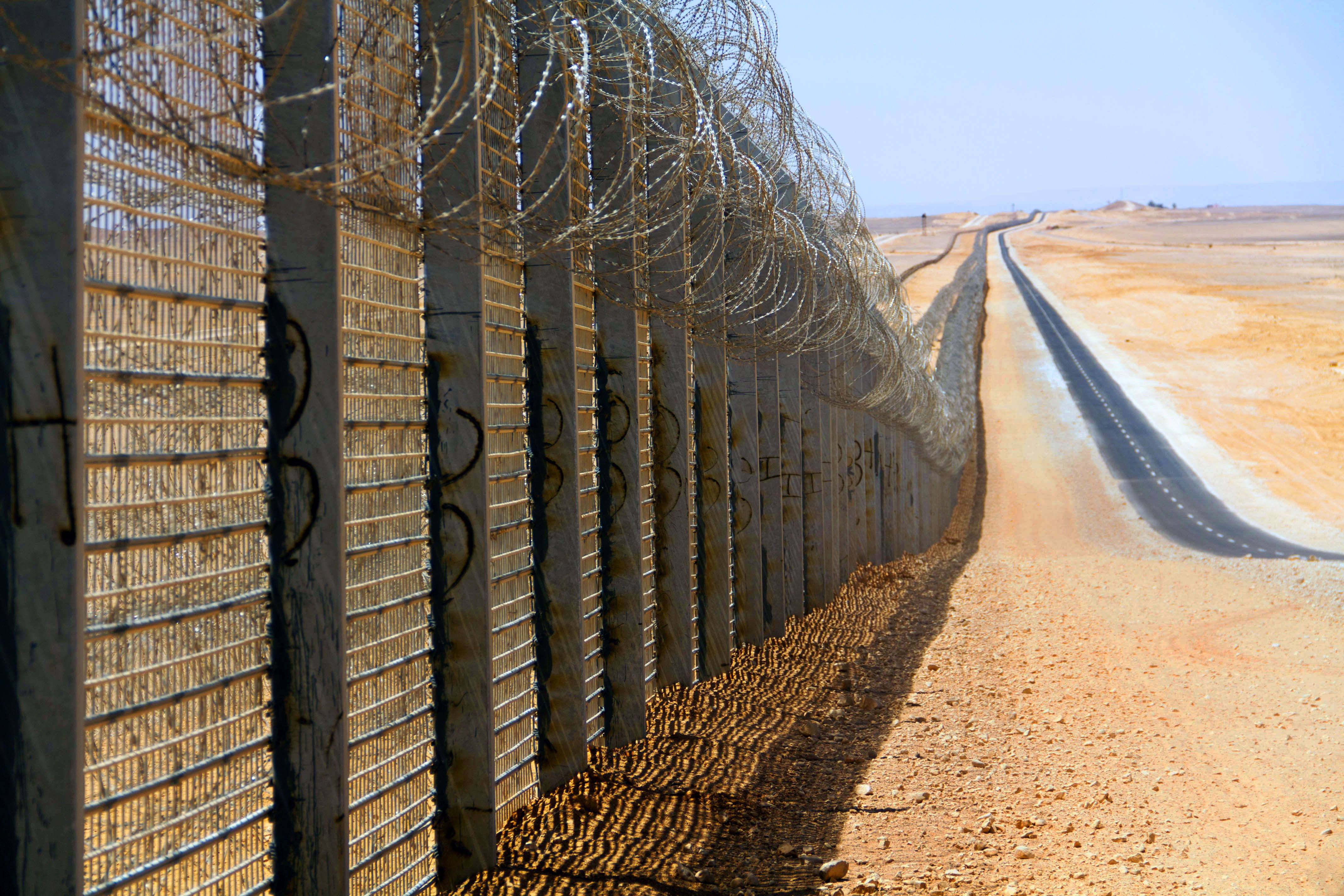 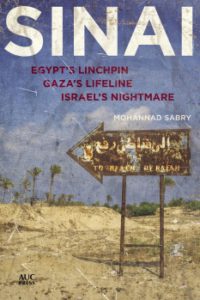 Many of the military officers, Bedouin figures, and politicians who I met and interviewed while researching this book, were convinced that the cultural, social, economic, and political isolation of the Sinai Peninsula was a natural outcome of it being a military zone—highlighted by extreme measures such as requiring a military permit to travel in or out of the peninsula between the nationalization of the Suez Canal in 1956, which sparked Egypt’s war with Israel, Britain and France, and the full Israeli withdrawal of 1982. It was viewed by most as a rugged battlefield, and treated by consecutive Egyptian rulers as simply a route through which mobilizing armies could pass and the stage of wars with Israel, since its founding in 1948. But after the signing of the Camp David Peace Accords between Egypt and Israel in 1978, and following the full Israeli withdrawal from the Sinai Peninsula in 1982, Sinai remained isolated, its Bedouin population marginalized and its development and economy excluded from the rest of the country.

The military permits of the pre-Camp David era are no longer required, but have been replaced by dozens of security checkpoints that stifle the movement of people more than the difficulty of acquiring permits. The war with Israel came to an end, but throughout the thirty years of Hosni Mubarak’s rule over Egypt (from 1981 to 2011), not a single university campus was opened in Sinai (with the exception of a private university owned by a business tycoon with close ties to the military). As for development and investment, aside from the beachside hotels and resorts, where Bedouin are mostly not allowed to work, the overwhelming majority of the peninsula’s 61,000 square kilometers has remained as lifeless and barren as ever.

To further secure the continuation of its utterly failed policies in Sinai, Mubarak’s regime imposed a complete media and information blackout on everything related to the eastern province. For the first twenty years of Mubarak’s rule, reporting in Sinai, publishing about its grievances, or even applauding the repeatedly promised (but never executed) development plans, either in the state-owned or independent media outlets, had to go through the filters of state security or await a permit from the Ministry of Defense. In the last decade, between 2000 and Mubarak’s downfall in 2011, restrictions on the media in Sinai were theoretically lifted within a broader nationwide plan to project an image of democracy. Reporters were allowed to travel freely to al-Arish, Sheikh Zuwayyed, and Rafah, whereas before they had only been permitted access to the southern beaches to cover Mubarak receiving world leaders at the lavish mansions and resorts of Sharm al-Sheikh. However, even after media restrictions were supposedly eased, the consequences of publishing an article deemed annoying to the regime remained: criminal, state security, or military trial accompanied by workplace intimidation and the possibility of losing one’s job from a given media institution. Moreover, as I have personally witnessed a number of times at security offices in Sinai, reports were regularly written by security officers and sent directly to newspapers to be published under the names of specific journalists. Not so surprisingly, during the last decade of this Mubarak-style freedom, the most memorable writings about Sinai were those about the Taba, Sharm al-Sheikh, and Dahab bombings in 2004, 2005, and 2006—mainly because of the large number of foreign nationals who fell victim to the terrorist attacks there, and their close proximity to Mubarak’s residence in his last ten years in power.

Over his thirty years in power, Mubarak succeeded in equating the Sinai Peninsula, in the minds of Egyptians and the majority of the world for that matters, to the southern beach resorts reserved mainly for foreign tourists; the cliché of the 1973 ‘victory’ against Israel; and a lifeless desert inhabited by Bedouin outlaws and traffickers.

On January 25, 2011, when Egyptians protesters marched through the streets of the capital Cairo and held sit-ins across the country, including around Sinai’s security compounds and government offices, the relentless reporters and activists of the peninsula were finally liberated. They broke the barriers of fear, stood in the face of a murderous police apparatus and for the first time, possibly in their lives, documented what happened in Sinai, for the world to watch, even if this was largely ignored as media organizations remained focused on the capital Cairo and Tahrir Square. Mubarak’s blackout, financed by billions of dollars allocated to the construction of prisons and torture chambers run by State Security, rather than schools and hospitals, was finally brought down, along with the men who supervised it.

North Sinai, with its poor towns and far-flung villages, was among the first regions for the radical Islamists to flee to. To them, a region at that time tagged by the authorities as free of radical activity and given little attention, if any, was a perfect hideout far from the security’s sight and fertile enough ground for practicing the Islamic duties of daawa, or the call to Islam. General Fouad Allam, a former head of the SSI [State Security Investigations] and a mastermind of Egypt’s crackdown on Islamists in the aftermath of Sadat’s assassination, said that “Sinai was the least concerning region when it came to Islamist militants and radical movement.”[1] Based on facts and figures he had gathered through years of security work and campaigns targeting Islamist militants, this was accurate, but what General Allam, and the whole regime for that matter, never worked to counter and control was the spread of radical ideologies. This mission never required arms or finances and was constantly made easier by new technologies that weren’t available for the older generations of jihadist and takfiri ideologues thrown behind bars.

Khaled Musaid, a Bedouin descendent of the Sawarka tribe, became one of the top importers of the Salafi­–jihadist ideology to the peninsula. A dentist who spent his college years in Sharqiya governorate, a historic stronghold for Islamist radicals and the biggest extension of Sinai’s Bedouin tribes in mainland Egypt, he was radicalized as a student and returned to Sinai bringing with him the ultra-takfiri teachings of the most radical theorists of jihad, such as Muhammad Abdel-Salam Faraj, the founder of the Egyptian Islamic Jihad, and Sayyed Imam al-Sharif, or Dr. Fadl, the physician who fled Egypt in 1982 and joined forces with Ayman  al-Zawahiri to rebuild the Egyptian Islamic Jihad from Afghanistan.

Faraj’s jihadi manual, al-Farida al-ghayba, or “The Neglected Duty,” and Dr. Fadl’s masterpiece, al-‘Umda fi i‘dad al-‘udda, or “The Essential Guide for Preparation for Jihad,” allegedly made up Musaid’s doctrine that he brought back to the mosques of al-Arish after graduating in 1999. Preaching in different mosques several times a week, he planted the first seeds of what later became Sinai’s al-Tawhid wa-l-Jihad group that planned and executed the bombings of Taba and Sharm al-Sheikh in 2004 and 2005.[2]

Musaid was never on Egypt’s security watch lists, but through studying the history of militant Islamists in Egypt, and inspired by al-Qaeda’s attacks on western interests in different countries, he began building cells that included recruits from his tribal surroundings, the majority of whom were related to each other, sometimes brothers, and came from the most impoverished communities of Sheikh Zuwayyed and Rafah. Living and operating a few kilometers from the border with the Gaza Strip, Musaid and his fellow radicals were in constant communications with the Palestinian side of Rafah, a stronghold for Gazan–Salafi jihadists, who at the time had significantly more developed military experience than the Bedouins of Sinai, and some of them had already pledged allegiance to al-Qaeda.

While the heads of Egypt’s militant Islamist movements remained behind bars or in exile, Mubarak’s aging autocracy and his severely corrupt police apparatus failed to recognize the spread of the jihadist allure across the internet’s countless forums that ranged from cursing the violence-renouncing ideological recantations adopted by the older generations of al-Jamaa al-Islamiya and the Islamic Jihad in Egypt’s prisons, to spreading its jihadist theories accompanied by manuals meticulously explaining how to use arms and make homemade explosives.

On October 7, 2004, three vehicles loaded with highly explosive materials drove into the Hilton Taba hotel and two other beach camps in Nuweiba. The massive bombings claimed the lives of thirty-four people, twelve of whom were Israeli tourists, and hours later, a group named Kataib al-Tawhid al-Islamiya or “The Islamic Monotheism Brigades,” an armed wing of Musaid’s al-Tawhid wa-l-Jihad, took responsibility for the attack that was executed using TNT-based explosives and was led by Palestinian and Bedouin militants.[3]

“The Taba bombing in 2004 was the first terrorist attack we ever encountered in Sinai,” General Allam said of the attack that unleashed what the tribes of Sinai later described as the worst security crackdown the peninsula had ever experienced. Back then and despite detaining up to five thousand people[4] from almost every town and village in Sinai during the weeks following the attack, the sheer incompetence of Egypt’s security authorities revealed that Musaid and his armed militants never formerly appeared on the security radars of Egypt or Israel, who spared no effort in the hunt for the assailants behind the attacks.

It wasn’t until another major bombing hit the tourist resort of Sharm al-Sheikh in July 23, 2005,[5] and claimed the lives of eighty-eight people, the majority of whom were Egyptians, and injured hundreds that Musaid’s name began surfacing through the expansive investigations led by the SSI after another wave of arbitrary detentions. Some of the detainees, who had voluntarily surrendered to the authorities under tribal pressure, admitted to being members of the radical dentist’s organization, al-Tawdid wa-l-Jihad, but failed to identify the many of their fellow militants who would usually use aliases and operated in independent cells responsible for different stages of planning and executing the attacks.

Weeks after the bombings, Musaid and his military commander Salam Atteya al-Shnoub were killed in an exchange of fire with police personnel as they attempted to escape a security checkpoint in Sheikh Zuwayyed.[6] The death of Musaid did affect the organization, but it by no means brought an end to its rising activities that were inspired by his unprecedented attacks on the tourist resorts, kilometers away from Mubarak’s new favorite residence in Sharm al-Sheikh. By the time the dentist-turned-jihadist was eliminated, the influence of Gaza’s Salafi–jihadist current was slowly moving to take his place and that of many Egyptian ideologues silenced by the continuing crackdowns. Eight months later, in April 2006, another bombing hit South Sinai’s Dahab resort town, killing twenty-three people, five of whom were foreign tourists.[7]

In addition to the vicious security crackdowns, Egyptians authorities launched an awareness campaign organized by al-Azhar, the seat of Sunni Islam, with the aim of spreading moderate Islam in the mosques of North Sinai, while several clerics from among Egypt’s mainstream, non-violent, and independent Salafi clerics arrived in an attempt to counter the spreading takfiri ideologies. While local clerics were behind bars and hundreds of families struggled after the arrest and torture of their relatives, the majority of North Sinai’s tribal community didn’t even know about the visiting preachers, let alone attend their sermons. To the broader population, the ‘moderate preachers’ neither stopped the SSI’s overnight raids and torture sessions nor did they provide jobs for the unemployed youth.

“Without education, [and with] endemic unemployment and a brutal security apparatus that targeted thousands of innocent people over the crimes of a few radical elements, the easiest thing to preach was takfir and jihad,” said a Sinai Bedouin, who was detained several times throughout the 2000s, speaking on condition of anonymity. “The fact that I am not a jihadist, but I am still afraid to speak publicly about my rights and the rights of my people shows you that the radical Islamist current is much more effective than we are.” To this Bedouin, like thousands of others, “the regime destroyed the moderate community and indirectly fueled the radical Islamists; its harsh policies became the takfiri current’s justification for everything they preached.”[8]