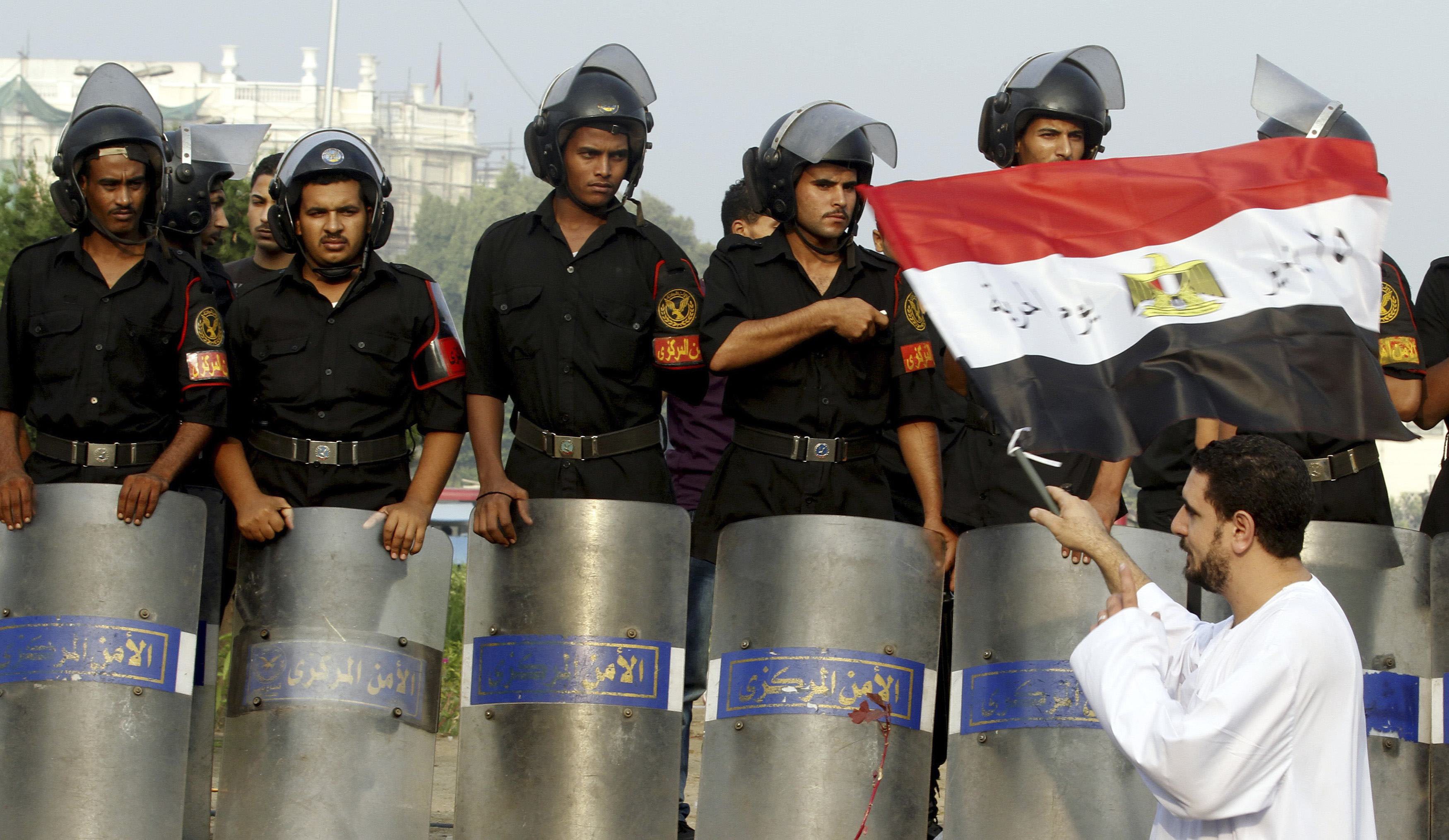 A man waves an Egyptian flag in front of riot police during Eid al-Fitr celebrations, which marks the end of the Muslim holy month of Ramadan, on Tahrir square in Cairo August 30, 2011. REUTERS/Mohamed Abd El-Ghany

CAIRO—Egypt's parliament approved legislation prohibiting police officers from sharing work-related information with media outlets today.
Egyptian president Abdel Fattah al-Sisi called for increased security accountability and enhanced performance in February. The statement responded to recurrent complaints, many from human rights lawyers, of abuse and torture in police custody. Authorities had emphasized that these reports were “individual cases,” whose perpetrators had been questioned in accordance with the law.
Since then, the government has embarked on amending the 1971 law, numbered 109, that regulates police authority.  The modification expressly forbids police officers from "making any statement related to their jobs to any media outlet unless authorized in writing by an authority designated by the Interior Minister." This prohibition applies on- and off-duty, and extends to topics characterized by "secrecy." Violators will be subject to fines up to EGP 20,000 and unspecified prison terms.
The adjustments have been controversial since they were initially proposed. While some of the modifications are aimed at increasing police respect for human rights, many people see the media prohibition as yet another way for the state to control information and present a unified narrative.
“This law is yet another example of the government's ongoing effort to undermine transparency which is essential to the proper functioning of a modern state," reported Al Jazeera English of Tahrir Institute for Middle East Policy fellow, Timothy Kaldas. "This plan to strictly curate information from the state will exacerbate existing doubts about the integrity of government statements.
Police brutality contributed in sparking the January 25, 2011 uprising. The mass protests were carefully chosen to begin on Egypt’s Police Day in order to draw attention to the use of excessive, and often fatal, force.