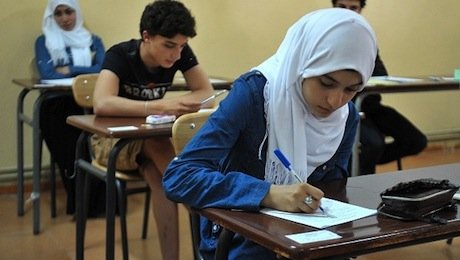 TRIPOLI—Amidst a leaked exams crisis, Libya’s Ministry of Education is seeking to block social media sites. As a result of the Libyan Political Agreement signed in December, a new Minister of Education was recently named. Mohamed al-Azzabi assumed the position in April, accompanied by the entirely new cabinet of the Government of National Accord—Libya’s unified interim government sponsored by the United Nations.

Al-Azzabi officiated his request in a meeting yesterday with representatives from the General Authority of Communication and Informatics. The men met in Tripoli in response to the viral spread of secondary school exam copies on July 10. The leak came less than a month after similar incidents in Egypt and Algeria. Facilitated by the rise of social media, tests and answers have been released by third parties increasingly frequently in recent years. The breach signifies Libya’s entry to the educational crisis that threatens to devalue secondary school certificates. According to Libya’s Ministry of Education, 77,500 students are sitting for the exams this year.

"We must protect the students from the effect of these sites which spread false information about the process of exams," al-Azzabi noted. He wants to block Facebook, Twitter, and Instagram until the exams have been completed on July 20.

A version of this article was originally published in The Libya Observer.