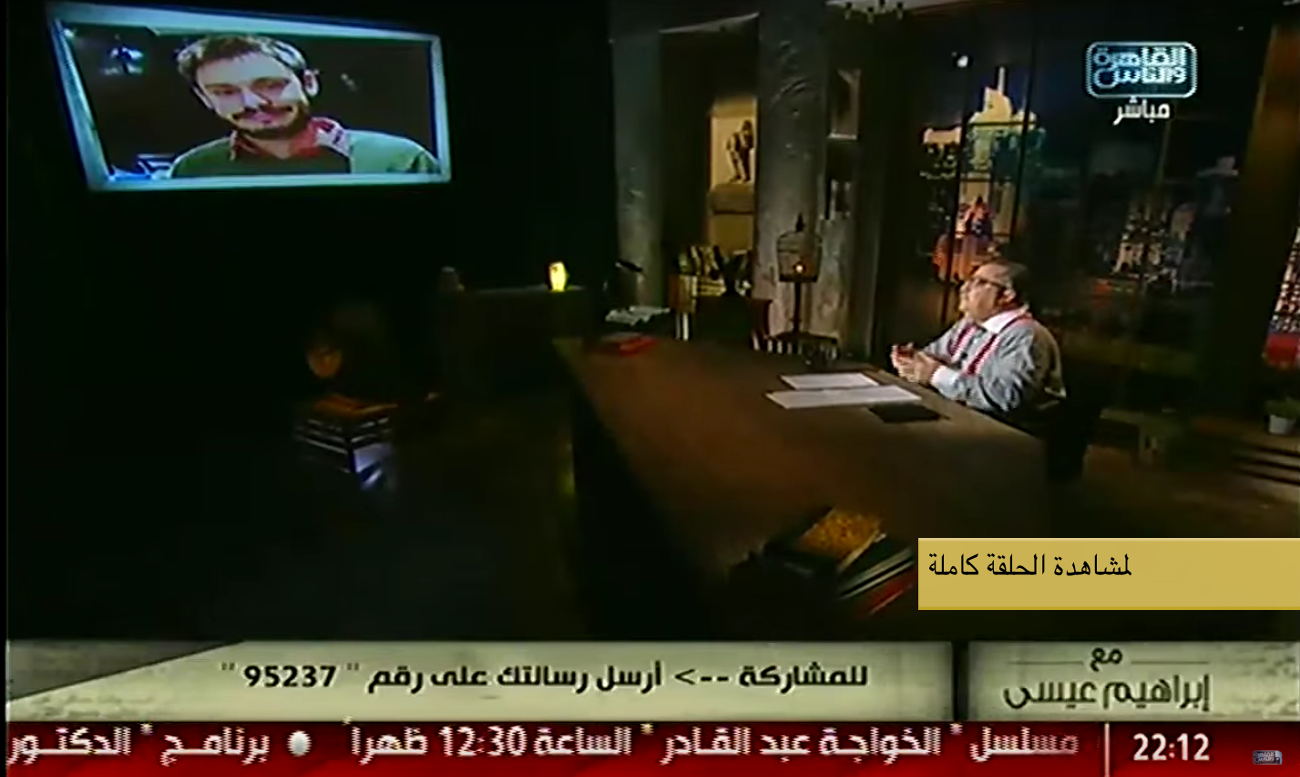 Stepping Out of Line: Egypt’s Coverage of Giulio Regeni’s Murder

In the aftermath of the brutal murder of Giulio Regeni, Egypt’s Ministry of Interior released a statement denying that it had arrested the Italian graduate student on the day he disappeared, ten days before his body was found in a ditch outside of Cairo.

The ministry’s denial came after a report by the New York Times cited an eyewitness and three anonymous security officials saying that indeed, police had detained Regeni on January 25 in the Giza neighborhood of Dokki. On the day of the Times report, Italian newspaper Corriere della Sera published an article saying Italian investigators had interviewed a street vendor who said he saw Regeni being led away by plain-clothes security personnel.

While some officials initially suggested that the student might have died in a car accident, it was soon confirmed that Regeni’s body had been found naked from the waist down with signs of torture that included cigarette burns and multiple stab wounds. The Italian Minister of Interior said that the visiting scholar had been subjected to “inhuman, animal-like violence.”

Five days after Regeni’s body was found, Egypt’s Minister of Interior Magdy Abdel Ghaffar held a press conference in which he denied that the Italian had been detained. However, speculation surrounding the condition of the body, the nature of the Cambridge Ph.D student’s academic research (informal labor movements), and an ongoing campaign of “forced disappearances” by the security apparatus bolstered reports implicating the Egyptian state.

The day Regeni disappeared, which marked the fifth anniversary of the Egyptian Revolution and Police Day, saw relatively little street traffic and dramatically heightened security presence across the capital.

Since the investigation began Italian officials have on occasion shown signs of frustration with their Egyptian counterparts. The Associated Press reported that Italy’s Cairo ambassador had requested to meet with the Ministry of Interior on January 26, but this request was denied. After Regeni’s body was found, the ambassador told the media that Egyptian authorities had initially been of little help. It was not until the Italians contacted President Abdel Fattah el-Sisi directly that, as Ambassador Massari speculated, they “managed to move the Egyptian government machine a bit, and make the body come out.”

Details about the case, especially gruesome information about the separate autopsies done in Cairo and Rome, continue to emerge.

The backlash from the handling of this incident marks yet another episode of sparring between international critics and the Ministry of Foreign Affairs, which has often accused foreign entities and media of “tarnishing” Egypt’s image.

More than 4,600 academics signed a letter calling on the Egyptian state to “cooperate with an independent and impartial investigation” into not only Regeni’s disappearance, but other cases as well amid “a dramatic increase in reports of torture within police stations.”

The Egyptian foreign ministry fired back, rejecting that arbitrary arrests and torture are problems in Egypt and calling the letter “premature and short-sighted.”

The Middle East Studies Association also issued an open letter to Sisi expressing “outrage” at Regeni’s death, calling it a “predictable outcome of the progression of state repression of academics and students.”

While media freedom continues to suffer major setbacks in Egypt, many television pundits who largely embraced Sisi’s intense and widely criticized crackdown have started deviating from the government line; whether commenting on recent protests by doctors, systemic torture, or ongoing forced disappearances. When addressed on Egyptian television, foreign media reports are often painted as fraudulent, dishonest, and rife with ulterior motives. However, with a dearth of information relating to Regeni’s death in the domestic media, many television hosts have lent more credence to Italian reports and pieces from other Western news outlets.

On his program on al-Kahera wal-Nas Ibrahim Eissa reviewed foreign reports on the circumstances surrounding Regeni’s disappearance in a segment that suggested security apparatus involvement was likely, or at the very least, something reasonable to suspect. “When any Egyptian hears that someone’s body was thrown on [the side of] the desert road and found with marks of torture…where is your mind going to go?” asked Eissa.

“Until today, where is your report?” asked television host Amr Adib, reflecting on the lack of information coming from Egyptian officials, before declaring in English, “We are in deep shit.” Adib continued, “Someone in this country knows something and doesn’t want to tell us.”

Not all members of Egypt’s media have been as critical. Ahmed Moussa attacked activists on his program for accusing the Ministry of Interior before an investigation had been carried out, adding that people seeking to spoil relations between Italy and Egypt were exploiting the situation.

Media Coverage in a Hostile Environment

The reality is that Regeni’s case has simply not garnered the same sort of attention domestically as it has in foreign and English language media. Many of those drawing attention to the case have done so alongside rising concern around abuses carried out by the Egyptian state.

Last September, Egyptian security forces accidentally launched an attack on a group of Mexican tourists and their guides in the Western Desert, leaving a dozen dead. The state blamed the group for being in a restricted zone. After Mexico’s foreign minister traveled to Cairo to follow up on the case, her Egyptian counterpart penned an open letter to the Mexican people. A gag order was then promptly imposed on the investigation, and no official findings have been released since.

The following month, St. Petersburg-bound Metrojet Flight 9268 crashed in central Sinai after taking off from Sharm el-Sheikh International Airport. Multiple reports citing Russian, British, and American officials stated that the crash was terror-related and ISIS claimed responsibility for the attack. However, Egypt has continued to say there is no evidence to suggest that an explosive downed the plane. Nevertheless, several foreign airlines suspended flights to Egypt.

Regeni’s case is the third incident in seven months in which foreigners have been killed in Egypt and has thus far been handled with the same opaqueness, despite foreign government involvement.

With Italy as its most important European trading partner, it has yet to be seen if Egypt will suffer any sort of economic blowback. In the meantime, Regeni continues to be front-page news in Italy, where reports and public opinion largely suspect the state’s role in his murder. The Egyptian government arguably has more at stake this time, given the deliberate nature of the crime. Because of this, official conclusions to this case will depend on continued coverage, public focus and pressure for transparency. And while the government can count on some local media for support, Regeni’s case may be an indication that a portion of the Egyptian media is no longer as willing to toe the state line.

Basil El-Dabh is a Cairo-based writer and editor. He was formerly Politics Editor at Daily News Egypt, and his work has been featured in the Middle East Institute, the Atlantic Council, and the Tahrir Institute for Middle East Policy.