A Palestinian Perspective on Satellite Television Coverage of the Iraq War 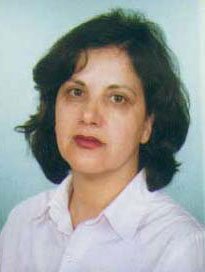 Like people everywhere, Palestinians are watching the news of the war on their television sets. However, unlike many others, Palestinians, while watching, analyze every single future implication this war could have for their own national cause.

Adding to the intensity with which Palestinians are watching their televisions these days is the fact that watching television is an activity ideally suited to even the "normal" circumstances of the Israeli occupation. The reoccupation of cities, the check points on roads between cities and towns, the long curfews, and the danger of going out at night have forced Palestinians to become television addicts. Even those who do not have satellite dishes can still watch Al Jazeera on the local private television stations, which produce little of their own material.

Two general remarks could be made to describe how Palestinian watching of the news on the war differs from that of others. The first has to do with the relationship that Palestinians have had with the media during the on-going struggle for their national rights and how personalized and emotional the relation with the media becomes during tense times. The second is that Palestinian preferences in terms of the television coverage of the war are influenced by the daily political situation.

Palestinians have a special relationship with the media. Starting with the first Intifada (1987-1993), a large percentage of Palestinians have become aware of the important role that media can play for their cause, an awareness confirmed by videos such as that showing Israeli soldiers breaking the arms of Palestinian youths. During that Intifada many international media outlets covered the daily protests against Israeli aggression. Nevertheless, it should be noted that their story was always told by American or European crews addressing Western viewers, even when this reached the Palestinian audience via Arab media, such as the Jordanian or Syrian television channels.

In contrast, the current, second, Intifada erupted when many crews were already active on the ground and Arab satellite channels were being watched in many homes. While "breaking news" was a new concept for Palestinians-in Ramallah a new coffee shop was named "Khabar Ajal" after the new phenomenon-these crews were formed of locals, as familiar with the history of the conflict as they were with people's feelings and culture. Similarly, they had viewers who knew the history of the struggle, spoke the same language, and shared their feelings and beliefs. For the first time, Palestinians felt that they were no longer subjects of an outside narrator. They felt that their story was being told and narrated by themselves.

The Arab streets did not wait long before they reacted to the images being aired from Palestine. Their reaction in demonstrating in the Arab capitals meant a great deal for Palestinian morale. Moreover, it highlighted the role of specifically Arab satellite stations in the minds of Palestinians, a role, that is, that empathizes with their predicament. Hence, in times of despair, sound bites occur such as that in which an old woman shouts on camera while trying to grab the microphone from the reporter's hand, "Where are the Arabs? Why don't they do any thing to rescue us?"

The tendency to personalize their relationship with certain satellite stations is also common among Palestinians. People frequently refer here to the story of Abu Dhabi Satellite Channel news presenter Jaber Obeid, who burst into tears on air on arranging a meeting between a Palestinian woman and her daughter whom she had not seen for 20 years. The same presenter also announced the donation of his monthly salary to the Palestinians during a telethon. By the same token, Future TV of Lebanon, though not a news channel, gained the regard of many Palestinians when it added stones such as those thrown by Palestinians at the occupying troops and the colors of the Palestinian flag to its logo.

At the beginning of the Intifada, Abu Dhabi Satellite Channel was in competition with Al Jazeera for audience share, both channels devoting much of their air time to news of the Intifada, while many of their non-news programs also dealt with the Intifada and Palestinians issues in different ways. At the same time, both channels won audience approval by referring to Palestinians killed by Israelis or in a resistance operation as "martyrs." This strong competition among the two channels for Intifada scoops led, however, to Abu Dhabi's losing viewers. People remember that Abu Dhabi's reporter announced on different occasions news that turned out to be untrue as well as inaccurate numbers of casualties in various incidents. They never forget that on September 11, an Abu Dhabi reporter went on air live to state that according to her sources the Democratic Front for the Liberation of Palestine was behind the attack. That date for many people was a turning point and Abu Dhabi lost its credibility. Many, however, stayed loyal to Jaber Obeid's program.

On the other hand, a media expert, Aref Hijawa, BBC reporter, director of the Radio Unit at the West Bank's Birzeit University, and a celebrated broadcaster here, has said that he depends on Al Jazeera as a source for information and news. Hijawi explained that on Al Jazeera one can get a wide and comprehensive overview of the world's news in a limited time. He states that, "The problem with Abu Dhabi is their editorial method: lots of text without substantial information."

Thus at a time such as the war on Iraq, it is Al Jazeera's programs and news that dominate. On the fourth day of war I went into a butcher's shop in Birzeit. There Rameh Salameh, a 30-year-old Christian, was watching Al Jazeera, transmitted through Watan TV, a local Ramallah station, on his black and white television. He said that he was well informed, but when at home would switch between Abu Dhabi and Al Jazeera. Al Jazeera was also the favorite channel for Samer Toubassi, 36 years. Toubasi, who was watching news in his pharmacy, said that he watches Al Jazeera all the time and believes that other channels are pro-American. Toubasi, well educated and a Christian, said that even though none of the Arab TV channels refer to the Iraqi dead as martyrs and that even though all of them are helping the American troops in different ways, Al Jazeera was still doing a great job. Media students at Birzeit University stated that they keep switching between channels in order to compare different styles of coverage. The majority of students in one media class approved and praised the fact that prisoners and dead American soldiers were shown on television. Abed J., a senior, said that it was only when he saw those pictures that he shaved and took a shower after three days of continuous depression. Other students in the same class observed, for example, that Jim Clancy of CNN talked of "disturbing" news when reporting on the missing or injured among of American troops but never did so when reporting losses on the Iraqi side. They also said that CNN should use the header "War ON Iraq" and not "War IN Iraq." "Where is the claimed objectivity?" they asked.

Like the majority of Arabs, Palestinians see the USA as an enemy since it encourages and supports Israel. In Palestine they say that only America can stop our sufferings and it is not willing to do so. Fatima, an 83 year old illiterate woman, says that watching the news causes her blood-sugar level to rise; still she can not help doing so. She says that her television is on all the time; even when she prays, she has the news as background. Fatima is angry at all the television stations. She says bitterly, "Why they don't say 'martyr' and why they don't say 'occupation and invasion of Iraq'?" Fatima's favorite television channel is also Al Jazeera.

For Nabil Khateeb, 40 years old, an MBC reporter and bureau chief of MBC, Al Arabiya, and MBC 2, on the other hand, all the coverage is shallow. He recalls that in Palestine even when it was hardest for a reporter to get any piece of concrete information because restrictions on movement made access to sources difficult, "Even then we managed to get real stories from Jineen Camp."

Politically, it is easy for Palestinians to identify themselves in the news and images of this war. Palestinians have had personal experience of being the recipients of occupiers' aggression. Similarly, Palestinians see themselves as subjects of unfair American policies. Iraq's attacker is seen as the same enemy that is attacking Palestinian cities and civilians. Palestinians see the USA and Israel as dehumanizing and terrorizing both Iraqis and Palestinians when they assume the right to choose their political representatives for them and to tell them what is right and what is wrong. They see the belief that a nation is handicapped and unable to choose its political system by itself as extremely arrogant. Local newspaper editorials compare the images from the Intifada and war on Iraq. They note that in both you have people digging in the rubble of their destroyed houses, funerals that look the same, and injured children in hospitals that look the same. Even the aggressive American and Israeli soldiers at check points are seen to resemble one another.

The second factor of identification is the personal experience of falling bombs, of the sounds of strikes, and of the cries of children. The best clarification of the sympathy felt for the Iraqis was in a cartoon by a Palestinian cartoonist published in one of the local newspapers before the war. The cartoon was divided into two parts. On one side a woman was bowing in prayer and saying "God bless the Iraqis," and on the other an Iraqi woman was doing the same thing but saying "God bless the Palestinians."