How Social Media Can Shape a Protest Movement: The Cases of Egypt in 2011 and Iran in 2009 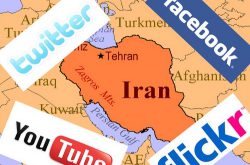 Focusing on the role of social media as a tool for both framing and offline organizing, Felix Tusa compares the Iranian election protests of 2009 with those of the Egyptian revolution of 2011. Unlike Egyptian netizens, Iranians engaged in far less framing and over-relied on social media for organizational purposes, thus partially contributing to the failure of their movement.