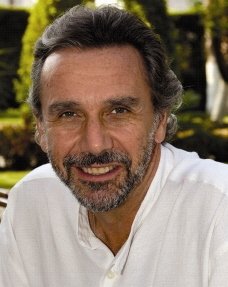 The Middle East is constantly evolving. So, too, Arab Media & Society. With this issue, I am handing over the publisher/co-editor reins to Hafez Mirazi, the new interim director of the Kamal Adham Center for Journalism Training and Research.

After four years as head of the Adham Center, I stepped down over the summer to assume a new position as founding dean of The Edward R. Murrow College of Communication at Washington State University. It is an exciting and somewhat daunting challenge to build a new program at a time when the global media industry is in such turmoil, and an incredible honor to head a college built around the legacy of the man whose name is synonymous with journalistic excellence.
I leave the Center and AMS in good hands. As many of you know, Hafez headed Al-Jazeera’s Washington, D.C. bureau for many years and then served as vice chairman of Al Hayat television.
This issue also marks the departure of co-editor Walter Armbrust and the conclusion of our publishing relationship with St. Anthony’s College and the arrival of our new managing editor, Jonathan Wright, the recently-retired Cairo bureau chief for Reuters. I cannot think of a better choice. Jonathan and I have known each other since the early 1980s when we were young reporters in Beirut. I know few people who were not born in the region who have the depth of knowledge of the Arab world.
For my part, I intend to stay deeply involved in the Arab world through a variety of projects. The only difference is my commute will be just a little bit longer.
Stephen Franklin and Mirette F. Mabrouk were your editors for this issue of Arab Media and Society. And we hope you will share our enthusiasm about the vistas and research presented here.