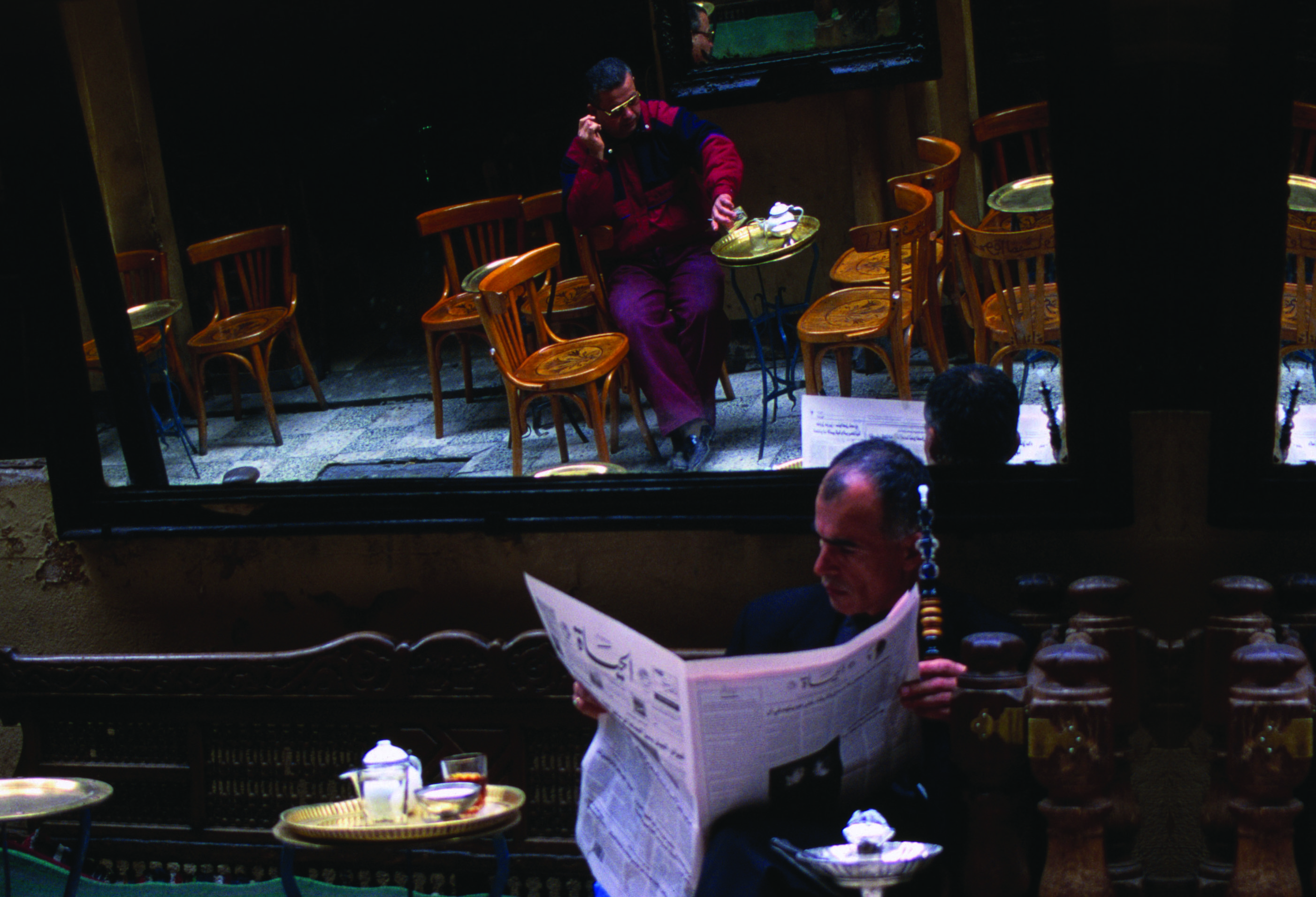 On November 21, 2016, the Middle East Centre of St Antony’s College, Oxford hosted the roundtable and launch of Public Culture and Islam in Modern Egypt: Media, Intellectuals and Society (London: I.B.Tauris, 2016) with myself and Morgan Clarke (Institute of Social and Cultural Anthropology, Oxford) who is a social anthropologist specialising in Shi‘a in Lebanon. Laurent Mignon (Oriental Institute, Oxford) chaired the event and provided valuable contributions from the perspectives of modern Turkey. This book is based on my DPhil thesis (Oriental Studies, Oxford, 2011), which explored the roles of mass media and modern education in shaping the public knowledge, scholarly culture, and literary traditions of Islam.

‘Abd al-Halim Mahmud (1910–78) is a French-trained scholar of Sufism who served as Grand Imam of al-Azhar Mosque–University under President Anwar Sadat. ‘Abd al-Halim continues to receive exceptionally high media attention when compared to his Azharite colleagues from the 1970s. He was one of the first Azharite scholars to actively assert a consciously public role and a method of self-representation associated with newly developing communication technologies. For instance, in 1964, during Gamal ‘Abd al-Nasser’s socialist era, ‘Abd al-Halim Mahmud contributed to the establishment of the Noble Qur’an Radio Station (idha‘t al-Qur’an al-karim), which is dedicated to spreading Islamic knowledge to the general public. Being fascinated with the potential of the mass media for representing their object as both modern and authentic, he integrated them into his Sufi da‘wa (outreach activities) in order to elevate the public image of Sufism from an archaic village custom to an authentic Islamic tradition. He authored more than sixty titles on Sufism and biographies of Sufi masters earned him the honorific title ‘father of modern Sufism.’ Even after his death in 1978, ‘Abd al-Halim Mahmud continue to provide spiritual guidance to his followers through various mediums, including dreams. Many Egyptians remember him as the radio star of the 1970s and continue to value his publications as reassuring source of Islamic knowledge.

Combining textual analysis with an ethnographic approach, my work addresses the significance of approaching Islamic intellectual fields as markets for producing specific cultural commodities, which result from dynamic interactions between public intellectuals and the way their intended audiences understand good, sound scholarship. Through the prism of the life, work, and the public appreciation of ‘Abd al-Halim Mahmud (most notably of his project to make Islam and even Sufism integral to national culture), I illustrate the creative ways in which his audiences attempt to build an intellectual and even spiritual connection to the author in order to perform a cultured self that suits the self-image of educated middle classes.

While the intellectual discourse of ‘Abd al-Halim Mahmud is strongly connoted in religious terms, from the viewpoint of its audiences it is less Islam per se than the idea of a cultured and ‘civilized’ life of educated urbanites to be in the foreground, oriented to the authority and memory of a public intellectual who made history. Through the investigation, one uncovers the aspirations of the Egyptian middle classes to accumulate cultural capital at an historical juncture where their future is becoming increasingly uncertain, due to the neoliberal policies of Egyptian government. Most importantly, these aspirations are bound up with the wish to live the life of a ‘cultured’ person, which is the exact meaning of muthaqaf (a cultured one, intellectual), a term that has become ubiquitous in the Egyptian public sphere ever since the colonial era. The other side of this rather romantic perception of culture is a socioeconomic dimension of self-construction, which facilitates access to a symbolic capital innervating a life conduct that is up-to-date with what is considered good and reasonable for a modern citizen concerned with the future of the nation.

The chapters of this volume are organised thematically rather than chronologically, tracing ‘Abd al-Halim Mahmud’s biography and the reproduction of his image after his death. In Chapter 1, I analyse the history of al-Azhar reforms during the colonial era so as to address the processes by which Islamic learning at mosques was gradually transformed into an academic subject taught at governmental schools. This transformation was crucial in order to reformulate scholarly knowledge of Islam as a commodity tailored for mass consumers in the teach-yourself market. Chapters 2 to 4 explore how ‘Abd al-Halim Mahmud was known to the Egyptian public and why he was successful in cultivating his place in the media industry. These chapters also discuss the ways in which ‘Abd al-Halim’s image as a French-trained Azharite scholar of Sufism has been constructed in relation to his representation of Sufism and anti-Sufi discourses. Chapters 5 and 6 discuss ‘Abd al-Halim’s style of expression when communicating with his audiences by reflecting upon the discussions I had with the educated middle classes of Egypt during my fieldwork about his writing and radio lectures. The mass media provided an arena for ‘Abd al-Halim Mahmud to lecture beyond universities and mosques, yet his success was largely down to aesthetic conventions he mastered during his scholarly training at al-Azhar.

Hatsuki Aishima is an associate professor at the National Museum of Ethnology (MINPAKU), Japan. Her work explores the intersections between the anthropology of Islam and modern Islamic thought. Her scholarship appears in Die Welt des Islams and the Journal of the Royal Anthropological Institute.