Home / Uncategorized / Storm in a shisha 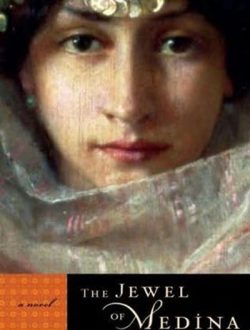 Storm in a shisha

Hizb ut-Tahrir Britain, an Islamist organization, was not mincing words at a press conference in October 2008 when it launched its nationwide campaign against a newly-released novel:

The Jewel of Medina is a shallow and disgusting portrayal of some of the dearest people to us.  The author has taken the role model marriage of the Prophet Mohamed (May Peace Be Upon Him) to Aisha (Mother of the Believers) and turned it into a cheap novel.  She has portrayed the most intimate and private matters in a grossly insulting matter, and she has fabricated a story line that repeats the false slander against Aisha.  People will be outraged, disgusted, appalled and offended by it.  This book is undoubtedly offensive.  It is amazing that some in Western Europe and North America—the author, the publisher and some journalists—celebrate as a value they call enlightened the freedom to insult, abuse and denigrate others.[1]

The novel, by American author Sherry Jones, covers the early life and loves of the Prophet’s youngest and favorite wife.  Late last year, it looked set to ignite a firestorm over freedom of expression and self-censorship.  Although the book’s mix of sex and the sacred seemed to offer more than enough fuel for the flames, this particular fire soon fizzled out.  So what makes The Jewel of Medina different from the Danish cartoons crisis or The Satanic Verses saga?

It was the non-appearance, rather than the publication, of The Jewel of Medina that first hit the headlines.  In August 2008, The Wall Street Journal reported that Random House, an American publisher, had decided to shelve plans to launch a historical romance about Aisha bint Abu Bakr, a 7th century woman who rose to become one of the great figures in the fledgling faith of Islam.  The company said that after sending out review copies, it received:

…cautionary advice not only that the publication of this book might be offensive to some in the Muslim community, but also that it could incite acts of violence by a small, radical segment… in this instance we decided, after much deliberation, to postpone publication for the safety of the author, employees of Random House, booksellers and anyone else who would be involved in distribution and sale of the novel.[2]

What Random House considered prudence, others lambasted as cowardice.  “I am very disappointed to hear that my publishers, Random House, have cancelled another author's novel, apparently because of their concerns about possible Islamic reprisals,” said Salman Rushdie, author of The Satanic Verses.  “This is censorship by fear and it sets a very bad precedent indeed.”[3]  But others objected to this characterization.  Stanley Fish, an American law professor, wrote:

Random House is free to publish or decline to publish whatever it likes, and its decision to do either has nothing whatsoever to do with the Western tradition of free speech or any other high-sounding abstraction…censorship is not the proper name; a better one would be judgment.  It’s a calculation, a judgment call.  So what Random House did was not censorship.  (Some other press is perfectly free to publish Jones’s book, and one probably will.)  It may have been cowardly or alarmist, or it may have been good business, or it may have been an attempt to avoid trouble that ended up buying trouble.  But whatever it was, it doesn’t rise to the level of constitutional or philosophical concern.  And it is certainly not an episode in some “showdown between Islam and the Western tradition of free speech.”[4]

Fish’s prediction soon proved correct as Gibson Square, a British firm, quickly picked up the book.  But it just as quickly dropped it when the home of the publisher was firebombed by unknown assailants, thereby putting some flesh on Random House’s fears.  However, Beaufort Books, an American publisher, decided to press ahead with The Jewel of Medina, and slipped it onto the market in October.

The book goes into considerable detail about the personal and sexual relations between the Prophet Muhammad and the women in his life.  One of the sorest spots is a plot in which the author takes Aisha to the brink of adultery with her fictional childhood sweetheart.  Although this episode is loosely based on an historical event, Jones vigorously exercises the novelist’s prerogative to fill in the gaps with her imagination.  Some Muslims are undeniably disturbed by this liberty.  “It is so offensive, the author crossed red lines.  She can’t talk about sexual affairs in that way, especially about a holy person.  I wouldn’t do that about the Virgin Mary,” said one woman from Medina, who was so upset by the book that she preferred to remain anonymous.  “I feel I’m crossing the line, even talking about this incident [Aisha’s alleged adultery] again.  There is an order to Muslims not to talk about it, even today.  I feel it will be a curse to me even to talk about it, let alone read about it.”

Given this strong reaction, why has the book failed to create a sustainable stir?  Part of the issue may be access.  A novel is a harder thing to grasp than a film or cartoon (although The Satanic Verses amply proves that literature can be just as provocative), and this particular book has yet to be translated into some of the key languages of the Muslim world, such as Arabic.  This, combined with its still limited distribution, may have blunted some of the reaction so far.

The relatively muted response to The Jewel of Medina may also lie in the author’s intentions. Unlike the Danish cartoons or the film Fitna, whose anti-Islamic polemic outraged many in 2008, Jones set out to celebrate, not castigate, Islam.  In writing the book, she said she aspired to "empower women, especially Muslim women, by showing that Islam is, at its source, an egalitarian religion.”  It is hard to portray the book as a screed against Islam when it is clear from its contents that the author is actually a fan.

Perhaps the main reason that The Jewel of Medina has not become a football in an ongoing contest between freedom of expression and respect for religion is that it is just not very good.  Reviews, even from staunch defenders of free speech such as The New York Times, have been scathing.[5]  This is not just a matter of taste; the book is also riddled with factual errors, some so fundamental that they call into question the author’s grasp of the material.[6]  For example, calling the Qur’an "al-Lah's poetry," which Jones’s Aisha does at one point, may sound innocuous to non-Muslim readers, but is tantamount to heresy since the Qur’an has several verses which specifically state it is not "poetry," meaning some man-made creation.

While The Jewel of Medina seems to be fading away, the debate over freedom of expression and respect for religion is gathering force.  Late last year, a UN General Assembly committee passed a measure on “Combating Defamation of Religions,” which some fear will open the way to censorship in the name of preventing blasphemy.  If Jones takes on board some of the substantive criticism of The Jewel of Medina, the sequel, now in the works, may prove a more potent salvo next time round.

Shereen El Feki is a Fellow at the Adham Center for Journalism Training and Research at the American University in Cairo.

[1] Video of the press conference is online at: http://www.youtube.com/watch?v=IH51svVrx4E