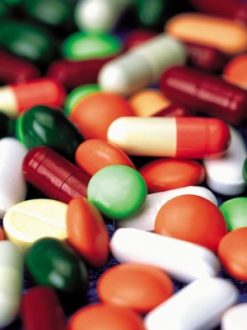 What’s the difference between nine and 50 percent?  Two months in prison or $5,000 if you’re a journalist in Sudan.  In August 2007, Al Hayat Wa Al Nas, a Sudanese newspaper, published an article on homosexuality in Khartoum high schools. The paper alleged that half of the students engaged in same-sex activity became infected with HIV, citing a local AIDS organization as its source. The piece caused an uproar, not least in Sudan’s Ministry of Education, which formally objected; and so, the editor, journalist and NGO representative found themselves in court.

The alleged source denied any involvement, while the newspaper’s chief executive argued the publication was only acting in the public interest, and that the evidence supporting its claim was locked away in a secret report. Sudan’s Press Tribunal was unimpressed; both the editor and NGO worker were fined 10,000 Sudanese pounds ($5,000).  The former refused to pay and ended up in a Khartoum prison[i].

This episode is an extreme example of some of the everyday problems in reporting on health and science in the Arab region. Journalists often have little knowledge of medical and scientific issues, and a poor grasp of basic tools, among them statistics. Without doubt, Sudan has a serious AIDS problem. According to UNAIDS, 1.6% of the population is infected with HIV, and a recent study of homosexual men in Khartoum puts their infection rate at more than nine percent.[ii]  But this is still a far cry from the 50% cited in the Sudanese article; while such rates are conceivable in small, closed networks of people at risk of HIV, an experienced health journalist would have thought twice about publishing such numbers without a substantial paper trail.

Unfortunately such figures can be hard to find, as governments and other groups are often reluctant to disclose even the least controversial statistics. Even if willing, few organizations have public relations officers who know how to deal with the media; the story of a “secret” report is all too familiar to journalists working in the region. And if governments object, the cost of getting it wrong is not a simple apology or correction; unfortunately, even getting it right can bring much the same penalty.

But for all this big talk, and even bigger money, there is little discussion of how to connect the public to this new world of science and technology, and little focus on health and science reporting.  According to Zeinab Ghosn, science editor of As-Safir newspaper in Lebanon, “People still don’t believe in science journalism in this part of the world. They don’t care about communicating science to the audience.”

Things are a little better in print journalism. Al Ahram, one of Egypt’s leading newspapers and Al Arabi, a Kuwaiti magazine, offer regular coverage of science issues. Online reporting is also growing: Islam Online, for example, has a section devoted to science and technology, and blogs such as arabenvironment.net keep readers up to date.  But TV coverage is lagging says Nadia El Awady, head of the Arab Science Journalists Association, with infrequent, and often unimaginative, coverage. And even this tends to focus on foreign science, as too few journalists are prepared to dig beyond the press release to find local stories, or provide more depth so that people can understand how their own behavior affects an issue – be it pollution or hepatitis C – for better or worse.

One obstacle, says Ghosn, are scientists and doctors themselves. “It’s not that easy to get them to talk about their research and in a language that can be understood by the journalist and the audience.” The culture of science and medicine in the Middle East is paternalistic – not that different from Europe and America a generation ago – when  experts rarely thought it desirable, or necessary, to communicate to the wider world.

“Definitely, a lot of problems are on the scientists’ end,“ says Khaled Machaca, an associate professor of physiology and biophysics at Weill Cornell Medical College in Qatar. But he believes this is slowly changing, particularly in a younger generation of practitioners: “Your level of funding and respect in the field correlates quite well with the coverage of your science. As a scientist, if somebody from Al Jazeera is on the phone, I’ll jump at the opportunity to talk to them, because they are doing me a big favor by advertising what I’m doing and making it more accessible to people.”

Scientists aren’t the only profession in need of some re-education, according to Ghosn. “We have a problem with the editors to have a space to get our stories published or broadcast on TV. Science journalism is still seen by editors in our part of the region as a luxury. They care about politics, they care about sports, they don’t care about science.”

Ahmed Sheikh, editor-in-chief of Al Jazeera, is inclined to agree, “We have got to admit we are not giving science journalism the time it really deserves.” The problem, in part, is that science stories compete for space in a region quite literally exploding with news. Few media bosses come from a background of health or science, so when presented with ready alternatives for their running order, they will tend towards political stories rather than the unfamiliar world of stethoscopes and test tubes.

That being said, science programs, usually foreign-made, attract ready audiences according to Sheikh—just look at the popularity of Discovery channel in the Middle East. But homegrown programming is hard to come by, because of a lack of local talent. “The difficulty is finding qualified science journalists who can render the material into something that is enjoyable and readable, who can take the scientific jargon out of the story and make it understandable for the average audience, for the layman on the street,” says Sheikh.

It’s a vicious circle: too few qualified journalists generate too little health and science coverage, which slips down the running order, which then discourages others from entering the field. Health and science journalism is not seen as a route to the top for ambitious reporters, and the profession pays so poorly that some are driven to take money from NGOs or companies to place stories, says El Awady.  So how to break the cycle?

One way is better training, to produce a cadre of professional health and science journalists across the region. The World Federation of Science Journalists has run a successful mentoring program over the past two years, pairing fifteen Arab science journalists with experienced science reporters from around the world to help develop their skills. Cairo University has just launched a science journalism course for undergraduates, and the American University in Cairo is planning to start a program for working journalists next year.

Meanwhile the Arab Science Journalists’ Association has forged a network connecting its 115 members to one another, and to the wider scientific community, through events such as a meeting in Morocco later this year with the Sharjah-based Arab Science and Technology Foundation. The key to better relations is establishing mutual respect between scientists and journalists, so that the two professions come to see each other as peers, rather than source vs. parasite. Other activities in the works, including training of communications officers at universities and outreach to media bosses, should also help But more money is needed to scale up these initiatives.  Without more effective science journalism, science itself will not reach its full potential in the Arab world.

Shereen El Feki  is a Fellow at the Adham Center for Journalism Training and Research at the American University in Cairo. She has seen science journalism from both sides of the lab bench, first as a Ph.D. student in molecular immunology the University of Cambridge, and then as Healthcare Correspondent at The Economist and presenter of The Pulse, a health series on Al Jazeera English.