Home / Uncategorized / The Arab States Charter for Satellite Television: A quest for regulation 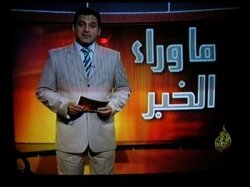 a screenshot from Al-Jazeera

The Arab States Charter for Satellite Television: A quest for regulation

Arab ministers of information recently adopted a charter calling for regulation of satellite television broadcasting. This charter was adopted after an extensive public debate by all Arab countries except Qatar. Qatar has not rejected the charter and has requested additional time to review the document. An article in the charter has generated a great deal of debate and some condemnation from a number of international media watchdog organizations, which have expressed concern that the states’ control over satellite broadcasters operating in their countries could be used to suppress independent and critical media voices.

This kind of criticism, while understandable, is not new. In fact, it has been expressed every time there has been movement to regulate electronic media, such as when UNESCO, in collaboration with the Commonwealth Broadcasting Association (CBA), launched a set of Guidelines for Broadcasting Regulation. Regulating broadcasting is not a new concept to most of the world; however, it is new to countries in the Arab world, which have used a broadcast code of ethics instead of the body of rules and regulations that should govern the industry in general. The recently adopted Charter that is being vilified by media watchdogs is not so much different than the charters of many of the world’s broadcasting networks, such as NHK, BBC, and others, or national broadcasting regulators, like the broadcasting charter of the European Commission and the U.S.’s Federal Communication Commission (FCC).

Broadcasting is the most widespread, powerful means of communication in the world. In many parts of the Arab World where there are high levels of illiteracy or poverty, the only access people have to news and information is by word-of-mouth or television. Broadcasters, therefore, have an enormous influence over the way in which their audiences see the world and form their attitudes toward themselves, their neighbors, and others in society. Governments have been regulating broadcasting for nearly as long as there have been broadcasts.

As terrestrial broadcasting declines and satellite broadcasting increases in importance, similar regulation is needed to ensure that responsible standards are maintained. Satellite television broadcasting is the undisputed main source of news and entertainment in Arab households and is expected to continue to grow in importance, eventually reaching thousands of channels. International satellite broadcasters have, at least to some extent, replaced the powerful terrestrial broadcasters that pre-dated satellite television. People of all income levels have widespread access to satellite channels either in their homes or in, for example, shared locations in villages and ahwas.

The systematized regulation of television broadcasting, now focused on satellite platforms, is long overdue. Broadcasters of all stripes must be held accountable for adhering to commonly accepted standards of decency, religious and cultural values, and the rule of law.  Should satellite broadcasters be able to broadcast content to audiences across national boundaries that provokes violence or hatred, supports terrorist movements, or spouts political views unencumbered by the need for balance or accuracy? I doubt that most governments would agree to this, even in an era of open access to information. Although some experts have argued that digital broadcasting technology weakens the rationale for regulation, other scholars have argued the opposite, especially after the events of 9/11.

Arab information ministers generally support this second school of thought. The mission that was given to the team of media law experts (including the author of this article) in 2005 was to put together a charter with reference to the global broadcasting system. The Charter was developed following a review of broadcast regulators including UNESCO’s best practice guidelines, the FCC, and the Council of Europe’s

European Convention on Transfrontier Television. The Charter also reviewed the literature on media laws, which generally draw on a social rationale that satellite broadcasting, in itself, was established to serve the public and the population to help them understand and shape their own societies.

Arab culture is generally not as open as Western society. Islamic society in general, and Arab society in particular, are notably defensive of their traditions and values, which are generally seen as under attack from a post-modern Western society. This view is shared by many non-Arabs as well, in others segments of society in both the West and the East. The Charter recognizes this and contains an article calling, for example, for regulation of content that would offend not only the adherents of Islam but also other religions as well. This call was given urgency following satellite broadcasts from the Arab region that featured digital fatwas, satellite sheiks, and the promotion of superstition bordering on black magic. While in the West, the impact of this kind of programming might be limited, it is not difficult to imagine the impact of this kind of content on relatively uneducated and unsophisticated Arab audiences who receive most of their entertainment and information from television.

The Charter also contains a principle against programs that portray criminals as heroes or encourage discrimination on the basis of color, gender, race, religion or societal status. The Charter calls for the observation of generally accepted standards of decency and lifestyles that reflect the traditional values of Arab culture. In addition, it restricts, like the European Convention, advertising of drugs, alcohol, and cigarettes. It also calls for "adherence to objectivity, sincerity and respect for the dignity of countries and their national sovereignty.” Likewise, the European Convention on Transfrontier Television restricts, among other things, the broadcasting of pornography, violence, and incitement to racial hatred, as well as the advertising of tobacco, prescription medicine, alcohol and other products.[i]

To give some perspective to these calls for regulation, the United States’ FCC also prohibits indecency and offensive language, "language or material that, in context, depicts or describes, in terms patently offensive as measured by contemporary community standards for the broadcast medium, sexual or excretory activities or organs,"[ii]  and U.S. courts have consistently upheld the Commission's authority to regulate indecent speech, within certain limitations.[iii] The FCC’s implementation of these standards has come under a great deal of criticism, as calls multiply for increased control to meet community standards of decency. In addition, there have been calls to have the FCC regulate cable broadcasts as well as terrestrial broadcasts. U.S. citizens are calling for better enforcement of standards rather than less, in opinion polls and through citizen groups. Perhaps as a result of this call for increased enforcement, in 2005 -- the same year work began on the Arab Charter -- the U.S. Congress signed into law the Broadcast Decency Enforcement Act, which increased tenfold the penalty that broadcasters must pay for violating these standards. Lawmakers stated that indecency complaints had risen from hundreds per year to hundreds of thousands and that broadcasters had a responsibility to reflect common standards of decency, as defined by their communities.[iv]  At the same time, the European Commission was discussing the possibility of regulating Internet broadcasting, so that broadcasting on all platforms would be held accountable to the same standards.

One of the loudest criticisms of the Charter relates to the article that deals with criticism of cultural symbols and leaders of states. Media watchdog groups fear that this article will silence calls for reform, the exposure of corruption and abuse, and the development of political opposition. This is a reasonable concern, particularly given the authoritarian history of most of the broadcasting systems in the region. However, the Charter calls not for the stifling of dissent or opposing voices but rather for the responsible exercise of freedom of expression. Broadcasters are free to criticize and to report corruption, but they must do so in a responsible way: providing facts to the public, not defaming or libeling public figures and not promoting terrorism or violence, including the violent overthrow of governments. In addition, and again reflecting traditional Arab values, the Charter seeks to prohibit broadcasters from insulting both cultural symbols and leaders of States. It does not prohibit disagreement or editorial criticism, just language that is overly derogatory or insulting. This is a community value that has a long history in Arab culture. Broadcasters will have the right to criticize policies as they wish, but they will have to provide the facts to the public, and should not defame, libel or insult these symbols without merit. The strictures against defamation of character and libel protect private citizens as well as state leaders.

Again, to give perspective to these restrictions, UNESCO’s Guidelines for Broadcast Regulations state that while the key principle of ensuring freedom of speech should be the foundation of any system of broadcasting regulation, this freedom entails responsibility and is “subject to such conditions and restrictions as are prescribed by law and necessary in a democratic society. The exclusions cover: the prevention of disorder or crime, the protection of health or morals, the protection of the reputation and rights of others (including the right to privacy), preventing the disclosure of information received in confidence, and maintaining the authority and impartiality of the judiciary.”[v]

Why is it acceptable for Western countries to regulate the broadcasts that penetrate their airspace and reach their citizens, but it is not acceptable for Arab countries to exercise similar control? While fears concerning the impact of regulation on political expression are understandable, the solution is not to permit chaos. No responsible government does this. The solution is to regulate satellite broadcasting in a responsible manner, protecting democratic voices while ensuring that standards of fairness, accuracy, decency, and responsibility are being met.

The Charter seeks to develop the quality of Arab satellite programming by prohibiting yellow journalism, opinion pieces disguised as news, violations of intellectual property rights, programs that promote terrorism, violence, hatred, or superstition, and other substandard practices. By basing the Charter on the best practices of television broadcasting regulation in the West and adapting these regulations for Arab society, it is hoped that this Charter will provide a foundation for developing a vibrant, diverse satellite television environment that broadcasts programs meeting world-class standards of journalism, entertainment, and public affairs. The Charter’s success or failure will depend in large part on the way in which it is implemented. The region needs to develop appropriate and clear policies, mechanisms, and safeguards to guarantee that the charter is used to develop a high-quality, responsible Arab media industry and is not used to repress the lively political and cultural dialogue that has arisen during the past decade. The Arab Charter for Satellite Television Broadcasting is not intended to stifle the voices of Arab citizens but rather to build a community of voices that share a respect for the power of satellite broadcasting to move societies towards peace, democracy, self-criticism, and development, , or towards conflict.

Hussein Y. Amin is Chair of the Department of Journalism and Mass Communications at the American University in Cairo and was a lead author of The Arab Satellite Broadcasting Charter.

[i] Summary of the European Convention on Transfrontier Television. <http://conventions.coe.int/Treaty/en/Summaries/Html/132.htm>. Accessed 24 February 2008.