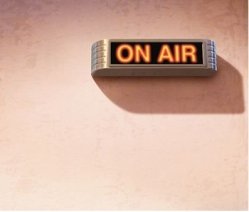 Despite the ongoing debates about cause and effect, the protest movements that began in Tunisia and spread throughout the Arab world have had one clear vehicle: freedom of assembly and expression. The crowds of Arab youth who have assembled in cities, towns and villages have forced authoritarian rulers to recognize them, their right to protest the status quo and their right to demand change. While in some countries winning this right has been accomplished relatively easily and quickly, in other countries it has been difficult, dangerous and deadly. Yet the protesters have continued to demand the right to voice their grievances against the powers-that-be.

While the protests and mass expression of demands have taken place largely using traditional means (e.g. word-of-mouth, demonstrations, marches and sit-ins, all broadcast via satellite television channels), like all revolutions, we have seen an explosion of creative ideas that have leveraged creative solutions. From the use of colorful graffiti in Libya to new and social media in Egypt and Syria, young Arabs have been busy making their voices heard through a variety of new platforms.

Yet one tool that has escaped the majority of Arab protesters has been radio.

Like many other traditional media tools, radio has been declared dead numerous times only to see its revival and novel usage in new settings and contexts. But while the rest of the world, including many semi-closed regimes, has been tolerant of private and community radio, the Arab world, including some relatively open societies, has persistently rejected any regulation that would grant radio licenses to anyone other than government organizations or the elite business entities that circulate within their orbit.

There are historic reasons for this anti-radio policy. As radio was experiencing its golden age, the post-colonial Arab world witnessed repeated revolutions and coups in which a military general typically took over the national radio station along with the presidential palace. Communiqué number one announcing the new ruler was usually broadcast over the radio waves and all other organs of government quickly fell in line. Naturally these same military dictators who took power by capturing the radio network would then take all measures to protect it from challenges to their power. In the Arab world, the buildings that housed radio stations, and later television stations, often came to be the most heavily guarded pieces of real estate in the entire country. Media outlets effectively were turned into military installations with multiple passes and body searches required for entrance.

The programming broadcast by these stations was also entirely controlled by central governments. A direct telephone line would connect the office of the radio or television director to the palace of the president or king. Even with the proliferation of satellite television and the Internet in the 1990s and 2000s, radio licenses continued to be denied to all but the most loyal and trusted friends of the rulers. And when private licenses were granted, the owners were given clear instructions not to deal with politics and news.

Much like attempts to control Arab citizens through centralized security and administrative apparatuses, media enterprises were similarly restricted to the country’s capital, where they could be kept under watch of the ruling elite.

As for programming, centralized and government-controlled media, as well as the few private media companies owned by businessmen close to the governments, generally focused their coverage on protocol-laden reporting of formal events and achievements of the leader and his government, while the rest of the news focused on regional and international news. This system also ensured that all news coverage was sanitized of anything that might disturb or question the prevailing government narrative. The stark absence of local news—a kind of escapism policy—ensured that the public’s attention was diverted from the pressing social, economic and political issues that local communities were facing.

This control over media sources was so entrenched and comprehensive that even when the Arab uprisings managed to unseat ruling powers, little was done to change the prevailing media structures. It became clear that changing rulers was somewhat easier than causing genuine change in the media regulatory framework that had been built up over decades.

The millions of protesters in Tahrir Square or Alexandria or Suez who succeeded in creating geographical zones free of security or police control, were unable to even think about—let alone work toward—creating an equivalent on the airwaves, i.e. local radio stations through which they could propagate their revolutionary vision. Transmitter equipment was nowhere to be found and electrical engineers were not even called on to create a simple transmission system—the kind that any physics student can set up for his high school science fair. Decades of government intimidation had clearly had its effect on the psyche of everyday Egyptians, Tunisians or Yemenis, leaving the air waves uncontested by revolutionary voices.

While the deregulation of laws to permit private media ownership of radio would be a step in the right direction, it would not produce the kind of community-based radio environment that exists in the great majority of the world’s countries. For example, Jordan, which in 2003 did establish an audio-visual commission to license private radio stations, proceeded to attach a high fee for stations that dealt with public affairs. Any private radio station that broadcasts news and political programming must pay a 50 percent surcharge fee. Government or semi-governmental agencies, such as the police, public universities and government-appointed municipalities, are exempt from the licensing fees, while NGOs, private universities and elected municipalities are not. In Tunisia, the new government installed after the flight of Ben Ali introduced a licensing regime for private radio in which the license cost over $60,000 a year—hardly an incentive to create community radio stations. In Egypt, the former Mubarak regime issued a single private license on the condition that this commercial station stay away from news or politics. After the revolution, the license was renewed by SCAF without any tendering process.

What is it about community radio that has made Arab leaders so wary of it? What is community radio? This is a question that is often asked in the Arab region even though the concept has been widely accepted in the rest of the world for decades. UNESCO and AMARC (The World Association of Community Radio Broadcasters) define community radio simply as radio owned and operated by a local community, usually with the support of volunteers and local contributions. Typically, community radio stations are owned by NGOs and are limited in their broadcast coverage to a particular community, language or special audience.

Autocratic Arab rulers who enforced national unity by the power of the gun certainly would not be interested in any media that encouraged local communities to celebrate their specific ethnicity, language, culture or religion. The assumption in the Arab world has always been that forced assimilation and the denial of community-based freedom of expression would produce stability. For a while—a long while—this system seemed to work. The nationalistic rhetoric that glorified the struggle for pan-Arabism, or Palestine, or whatever the political/national flavor of the month was, fooled citizens into believing that their rulers were really trying to do what was best for them.

Community radio, of course, is not just about issues of identity and ethnicity. Local communities that can control the means to express themselves, communicate within their own populations, and develop mechanisms for speaking to local and regional powers via radio, are instantly empowered in ways not easily tolerated by authoritarian power. To deny this basic communication capacity ensures that these populations remain forever ignorant, unable to educate themselves, and therefore unable to fight for their rights.

World Bank studies conducted in Africa and Latin America have shown that countries that allow community radio stations measure considerably better than countries that ban community radio. Poverty and unemployment figures are less, and productivity and development indicators are much higher. Community radio is also credited with arresting the dangerous epidemic of emigration from rural communities to urban centers. The Washington-based Center for International Media Assistance (CIMA) issued a long report in 2011 praising the role of community radio entitled Voices from Villages: Community Radio in the Developing World. “International aid agencies are showing ever greater interest in community media’s ability to inform and empower. More governments are acknowledging the contribution of community media to education, public health, and economic development and are creating policy and legal frameworks to enable its expansion,” the report’s executive summary said.

There are those voices who wrongly claim that community-based media will exacerbate tensions between various ethnic and national communities, contribute to the break-up of countries, and even introduce civil war. The fact is that the people living in the various countries that make up the Arab League are diverse in a multitude of ways. Instead of denying this diversity and forcing people of different backgrounds to conform to a single cultural and national identity, a more humane approach would be to allow these diverse flowers to bloom within the national garden. By embracing and empowering these different groups, the Arab world’s new rulers will be planting the seeds for stable governing bodies that will better withstand both internal and external threats. Community radio would therefore be a savior for these new regimes and not in any way an obstacle.

In order to successfully introduce community radio to the Arab world, an enabling environment needs to be created. Legislation must be introduced that simplifies the laws allowing communities to broadcast on specified frequencies. This creates an atmosphere in which organized groups and communities are empowered to communicate, using one of the simplest and most inexpensive media tools available. A microphone, audio mixer and a simple transmitter with an antenna are the basic equipment needed to establish a radio station. In addition to start-up capital, training is vital  to promoting best practices when using radio for development, expression and raising awareness.

UNESCO, the global UN body charged with supporting culture, education, and science, considers the establishment of community radio to be their number one priority around the world. Whereas most regions of the world have worked with UNESCO to set up community radio stations, the Arab world has lagged in this area, late to understand the concept let alone setting up stations, training volunteers and creating a network of community radio stations. However, it is worth noting a number of recent initiatives that have begun in the Arab world with the aim of introducing community radio. Aswatona a project of the Amman-based Community Media Network, will establish seven community radio stations in seven Arab countries over the next three years. These stations will begin by broadcasting over the Internet and via satellite and will then add FM broadcasts as soon as countries allow for their licensing. The program, funded by the Swedish Agency for International Development, also includes an advocacy component aimed at pushing national governments to permit community radio to operate with as few bureaucratic and financial restrictions as possible. The British Foreign Office has also recently supported this effort with a three year grant aimed at reaching an additional three Arab countries.

Communities, especially those outside the main metropolitan capitals of the Arab world, have largely been ignored by autocratic powers. Now that these totalitarian power structures are being replaced by democratically elected governments, one would hope that new leaders will change their policies towards these communities for the better. Allowing community radio to thrive has no cost for governments and produces amazing results in communities, and therefore in nations. Creating a welcoming administrative and legal environment for community radio in the Arab world should be a “no-brainer”—provided that we have leaders that genuinely care about their communities.

Daoud Kuttab is the director general of Community Media Network, a media NGO working with community radio throughout the Arab region.